President George H.W. Bush was a humble, servant leader of character who always placed country above self. He profoundly impacted his nation, the globe, and every single individual he personally touched.

Any self-respecting member of the U.S. military hates marching in a parade, but the clear and crisp morning of Jan. 20th, 1989 was different. There was palpable excitement in the air when, as a cadet at West Point, I led my company as part of the military procession for the inauguration parade honoring our new President - George H.W. Bush. Our disdain for marching was replaced with the anticipation of seeing our commander in chief, not only a former service member, but a living embodiment of our moral compass—duty, honor, country.

Four months later I would commission into the Army, eventually serving over 24 years with multiple deployments to Iraq and Afghanistan. Upon retirement I went to work for his son, President George W. Bush, at his presidential center to focus on veteran transition.

Our mission is to foster a successful transition from military service to civilian life so our nation’s veterans can continue to live a full and meaningful life after they come home. A life like President George H.W. Bush lived after World War II.

President Bush “41” was a humble, servant leader of character who always placed country above self. He profoundly impacted his nation, the globe, and every single individual he personally touched. But the way in which he lived his remarkable life serves as the example for which all of today’s veterans should strive.

Like all wartime veterans, 41 answered his nation’s call to preserve our freedom, security, and prosperity during a time of great danger.  At the age of 18 he joined the Navy as its youngest pilot. He served honorably and heroically, and experienced the tragedies and costs of war. He carried that understanding with him for the rest of his life. As recounted by his beloved wife in the book George & Barbara Bush: A Great American Love Story, “The memories of John Delaney and Ted White, who did not survive the mission and therefore never made it home to loved ones, have remained with George his entire life. George never stopped remembering them…..”

Their sacrifice and his experience served as a pillar of wisdom and judgment that he leveraged throughout his life. It also served our nation well, when 50 years later he led the world during the collapse of the Soviet Union and the war to liberate Kuwait.

After his war he came home, married, and went to college. Upon graduation at Yale, he went West to start his own family and career. He experienced triumph and tragedy and blazed his path and place in life to include a passion for public service.

His personal diplomacy and the relationships he fostered in public and private life were unmatched. To the very end he put the needs of the nation before his own, even when he knew it could be politically fatal. Post presidency he continued to have profound impact from yet other, and very different, leadership platforms.

Most veterans will not approximate the global or even national scale of 41’s impact, but he showed us how to lead a life of purpose and meaning after we take off the uniform. His life serves as an example for how all veterans can leverage their military service and continue to lead when they hang up their uniform.

The military’s grounding in character, values, work ethic, team, and leadership under the most hazardous and arduous conditions, can serve as the foundation for not only a newfound career, but for a life of meaning. Now more than ever, our country needs the principled leadership of veterans who, like President Bush, will lead our communities, businesses, and government to solve the most pressing challenges facing our nation.

President Bush had a profound impact on the world, and it will continue to echo for the decades to come. To my very first commander in chief, thank you for your service, sacrifice, and example, “your work is done, your course on earth is run, well done, be thou at peace.” 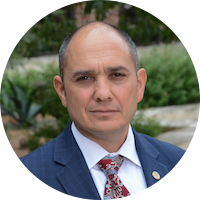