"It Was My Duty To Serve"

When I see the American flag waving, hear Reville, Retreat or Taps I proudly recite my creed: I am an American veteran, wife, mother, social worker, and advocate.

I, a Filipino immigrant, joined my friends and younger brother and enlisted in the U.S. military after the attacks on 9/11. I was scared, excited, and most of all proud. I truly believed then, as I do now, that it was my duty.

From the moment I arrived in the United States, I embraced everything this country stands for. Enlisting was my way of giving back to the nation that welcomed me and my family in our time of need. It was my patriotic duty to protect the citizens of the United States.

As a young woman in the Air Force, I embodied the values of integrity first, service before self, and excellence in all we do. My parents were very proud as I carried on the family tradition of service— my grandfather and his brother served in the U.S. Army and Navy during the Vietnam War.

My first assignment was at an outpatient mental health clinic at Offutt Air Force Base in Nebraska. Boy, did I experience a culture shock. Nothing comes close to the military culture. The first few months I learned how diverse the military and how deeply rooted the camaraderie is.  Some days were hard, some were easy, but all of them were fulfilling.

Throughout my active duty I was encouraged to pursue a degree, and when I left the Air Force in 2005, I did just that, I worked on my master’s degree in social work. During that time, I also became a caregiver and spouse. I married an active duty Air Force pilot—which made life an even larger adventure.

I was fortunate that my transition out of service was not as difficult as most. I also had a strong support network—something not all veterans have—and strong leadership. And since my husband was active duty, it provided me the opportunity to stay connected with base activities and events. I also became a civilian clinical provider in the same outpatient mental health clinic I first started my military career in.

Life hasn't always been easy, especially with two children. In the span of 13 years, and still counting, my husband had 11 deployments and we moved multiple times. But each experience provided me an opportunity to see how others transition out of the military. I was able to empathize with my patients and their families as they were impacted by the invisible wounds of war

It shaped me into the person I am today: an advocate for veterans and their families, and a champion for the quality care that these men, women, and children deserve.

And, when I see the American flag waving, hear Reville, Retreat or Taps I proudly recite my creed: I am an American veteran, wife, mother, social worker, and advocate. I will continue to celebrate and challenge my a to ensure I remain an active participant in making the lives of our warriors and their families worth living. 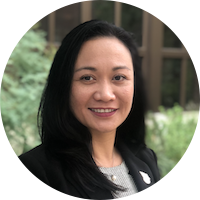 "It Was My Duty To Serve"

WE Lead Scholars Explore the Foundations of Economic Growth and Prosperity J.H. Cullum Clark on November 6, 2018

The Value of Our Veterans

Presidential Leadership Scholar Jared Lyon speaks to the value of our veterans.

Removing Barriers for the Military Community at the Ballot Box

Stand-To Veteran Leadership Scholar Elizabeth Jamison discusses why we need better understanding of the barriers that exist for voters in the military community and the efforts underway to engage military voters, particularly as this year’s election unfolds amidst a public health crisis.

Recently, Major General Alfred Flowers spoke with the Stand-To Veteran Leadership Scholars and members of Team 43 about his journey, leadership, and lessons he’s learned along the way.