Recently, I was on an airplane and my seatmate noticed the George W. Bush Institute logo on some of my paperwork.  She asked me what I did. I explained that I work for the Military Service Initiative and in particular Team 43, a group of veterans who experience visible and invisible wounds (post-traumatic stress and traumatic brain injuries).

She told me that she never wanted her children to serve. This was not the first time I’d heard a parent say something like that. Out of fear for their children’s lives I often hear, “Don’t even think about serving." While no parent wants to see their child put in harm’s way, this should never be spoken without a follow up to that declaration. A patriot doesn’t have to join the military to serve.

Americans have been supporting men and women in the military from early on. During the Civil War, women banded together in sewing circles to make bandages and clothing for the troops. In WWI, engineers designed the armored tank to protect our warriors.  Brilliant technological minds developed remote sensing devices for the military in World War II.  Scientists, mathematicians and inventors designed prosthetic arms and legs.  Additionally, volunteers have provided comfort, food, and support to our military community not otherwise available through the government.

Serving others is one of life’s greatest gifts. I have had the pleasure of working with some of the most incredible volunteers. Volunteers who work selflessly to give back to our veterans and their families, never asking for anything in return.  Each one of them will say they get more out of it than they put in, and they put in a lot.

We recently announced the selection of 26 warriors to compete in this year’s Bush Institute Warrior Open at the AT&T Byron Nelson.  President Bush, our staff, donors, volunteers and the community will have the opportunity to honor the service and sacrifice of post-9/11 service members seriously wounded or injured since Sept. 11, 2001 in this competitive 36-hole golf tournament.

Through this tournament, we are able to connect those competing with resources, other veterans and veteran serving nonprofits.  Research has shown us that these connections are critical to a veteran’s transition from military-to-civilian life.

The friendly competition of the Warrior Open, the relationships our warriors are able to make, and life changing opportunities are made possible by individuals who want to serve our great country and also our warriors.

It is a disservice to our youth to tell them they cannot serve. This nation was founded on the ideals of freedom and those freedoms are protected because of those who served on and off the battlefield. We can all serve, and we should. 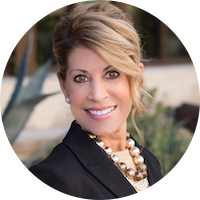 At the Bush Institute, we are proud to work with strong women leaders who are improving lives around the world.