Navigating The Role of Principal

Beth Thompson,, a principal for eight years, explains how she navigates the role with the help of her peers.

Beth Thompson is a fourth year principal at a Title I middle school in the Charlotte-Mecklenburg School District (CMS). This is her eighth year as a principal and her twenty first year as an educator.  Beth was named CMS Principal of the Year in 2016, a year after finishing the CMS five year Principal Induction Program. Beth shared her experiences with our districts at our first School Leadership Initiative District Cohort.

Why did you become a principal?

I started teaching Latin in 1992 at a middle school in Charlotte. I found early on that what happens in the classroom is magic and is less about the content than about the relationships that form. Teaching to this day is the work that has consistently brought me the most joy.

In 2008, CMS partnered with Winthrop University to launch a degree plan that would train future principals.  I was expecting my second child and was not interested in joining the program, but my principal encouraged me to apply. So with uncertainty and a resolve to continue teaching, I started the program.

By the end of the first night, I was hooked.  I realized that the impact of leadership can make or break a school’s ability to pursue excellence. And, while at times a thankless job, it was the single biggest determinant of a school’s success. One very helpful component of this program was that it was CMS-specific. We used CMS school-specific case studies, and our personnel class was taught by the CMS superintendent himself.  I felt a calling and developed a passion for the impact of this work—and especially this work in CMS.

What were your first few years like as a principal?

I had only taught in middle school and found myself now a principal at an elementary school. And, with a struggling economy and school closures, our school population doubled after my first year. If I were to categorize my primary areas of struggle they would fall into two categories:

I was fortunate that in my early years the CMS principal induction program supported me. I had a coach with whom I met with at the beginning of each month, and she told me to call whenever I needed her guidance. She ensured that our monthly meetings aligned with the school year, and there was a focus on working through personnel issues, ensuring appropriate teacher evaluations, and developing soft skills of leadership.

I also had the chance to form relationships with other principals who were in the same stage of learning and struggle. We problem solved together on a daily basis.  We shared stories and situations and helped each other brainstorm solutions.  When most of our days felt uncertain, it was invaluable to know that you weren’t alone.

While the beginning of the principal induction work helped me survive, what happened in years three through five were most assuredly brilliant. The focus of the work with beginning principals shifted from a focus on reacting and implementing to innovating and transforming.  Thus, the work that we engaged in as a cohort reflected that shift, reducing the chance for burnout and definitely removing any possibility for boredom.  Highlights of this work included:

Why is being a principal meaningful to you?

Remember when I didn’t want to leave the classroom because of the relationships that impact learning?  Those same relationships transform learning on a broad scale in an entire school community and in my situation literally changed the trajectory of the lives of kids.  The principal sets the conditions for that work - mobilizing people to impact kids and ultimately entire communities. Principals get to see possibility, take a stand for it and help people believe it is possible.  Sure, the daily grind is beyond hard.  But the reward is priceless. 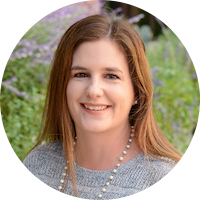 Navigating The Role of Principal

Why Should School Districts Focus on Effective Implementation? by Anne Wicks

Research-based initiatives should drive what happens in classrooms and schools. However, too often we see that new education initiatives fade away mid-year or that they have mixed results. The Bush Institute has released an effective implementation tool to help change this practice.

PrinciPALS, Your Partners in Education

Here is why you want to be "that" parent and get to know the principal of your child's school.

At this summer's convening, the School Leadership Initiative team tackled communication and how to be more effective communicators.