A Policymaker’s Perspective on Accountability Today

Accountability – what does it mean today?

Accountability – what does it mean today? We have been discussing this question for several years at the Bush Institute. We’ve always stood for accountability in education, but it seemed that instead of getting heads nodding in agreement when we talked about our work on accountability, there’s been growing skepticism of the concept. We wanted to talk to experts, those charged with implementing educational accountability at the federal, state, and local level, which is what led to this series of interviews.

Upon reflecting on what each of these experts said, the good news is that the core principles of accountability that have guided progress in our schools are still widely agreed to: setting high standards, assessing regularly to those standards, measuring improvement, and providing supports for students and consequences for schools that don’t improve. Disaggregation of data is vital and has led to a focus on closing achievement gaps, especially for poor and minority students. Those basic tenets guide the work of these experts no matter what political party they are affiliated with or what position they hold.

But they also acknowledged the fundamental truth that policymaking is an imperfect process.  No policymaker gets all the details right, and policymaking in and of itself requires different sides to bring together their varying points of view, which inevitably leads to some level of trade-offs.

This imperfect policymaking process has led to shifts over time in how accountability has been implemented at the federal, state, and local levels. The focus on accountability largely grew out of efforts by several states back in the 1980s and 1990s.

Accountability simply means accepting responsibility for one's actions. Accountability applied to schools, however, has become so polarizing that it is now the equivalent to a dirty word.

How did we get here? As with all polarizing issues, the truth requires us to look beyond the sound bites. THE “A” WORD seeks to do that through conversations with recognized education leaders.

While some states were leading the charge, others were lagging behind, so the federal government took on a much more significant role through passage of the No Child Left Behind Act in 2002. But we’ve now seen a shift back to the state and local level with the perceived overreach of the federal government. The Every Student Succeeds Act keeps some of the fundamentals in place, but shifts authority for the design of accountability systems back to the state level.

No matter where the balance of control lies and what kind of progress we’ve seen to date, there still is serious room for improvement. The experts we interviewed outlined a series of issues that have yet to be fully addressed if we are to improve outcomes for kids and remove barriers that stand in the way.

Some of these issues should be addressed by policymakers, but many of the challenges still in place can’t be tackled via policy change. They instead are in the hands of administrators, schools boards, teachers, parents, and engaged citizens. For example:

What was particularly encouraging from these interviews was the leadership each person has demonstrated. The implementation of accountability at the ground level can lead to different reactions. It can be seen as a tool for improvement or can stoke a culture of fear. These leaders all view it as a tool for improvement. They are committed to using data, and are not afraid to admit when more of the same is not working.

We could use more like them, and I hope they continue to lead. Our students will be better off for it.

more from the A Word

Read interviews from education leaders who have embraced accountability as a way to change outcomes.
The "A" Word:  Accountability -- The Dirty Word of Today's Education Reform 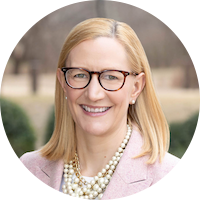 A Policymaker’s Perspective on Accountability Today

5 Ways the Warrior Wellness Alliance is Making a Difference Brittney Bain on November 8, 2017