Staying the Course in Afghanistan

Afghan women have made hard-won gains in the past decade. Today, girls can attend school. Women hold important positions in local and national government and play a vital role in the economy. Yet, serious threats to women remain.

Last year, Mrs. Bush released an op-ed in the Washington Post, highlighting the impressive gains made by women in Afghanistan. Her words are as true today as they were a year ago.

“Afghanistan is at a crossroads. It is a global hot spot that before 9/11 became a terrorist haven, and it is a young country: The median age is 18.3 years. U.S. policy in Afghanistan must be consistent. Afghanistan is a resilient society. The best way to build on this resilience is to be predictable in our support. If the United States turns its back on Afghanistan, other forces will step in to erase the hard-won but fragile gains that have been made.

We can and must help Afghanistan create a better future. We need to ensure that Afghanistan cannot again become a terrorist haven or fall to the Taliban or the Islamic State. In the interest of our own national security, we must assist Afghan security forces. We know, and the Afghan people know, that we will not have troops in Afghanistan forever, but the country remains fragile, and the cost of leaving Afghanistan is too high.

We, and the entire international community, should continue to provide significant development assistance in the areas of health care, entrepreneurship and education. We know this assistance works. A 2013 Rand Corporation study found Afghanistan’s metrics have improved in nearly every area of development. By maintaining our presence and support, we are encouraging the Afghan government to keep its security commitments to the Afghan people and to build on economic and anti-corruption reforms and the rule of law. That is why it is critically important that any peace achieved through negotiations between Afghan leaders and the Taliban is not made at the expense of Afghan women. A return to policies that made the Taliban notorious in the 1990s would be traumatic not just for women but also for the stability of the country.

We must never forget that what happens in Afghanistan — and elsewhere in the world — matters to us here at home. The Afghan people are not asking us to solve their problems; they are asking us to remain engaged so that they have the space and opportunity to create their own solutions.

Want to learn more about how you can support the people of Afghanistan? Learn more here. 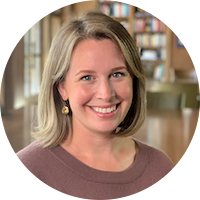 Staying the Course in Afghanistan

ICYMI: How Global Health Care Became Part of the Agenda -- And Why It Should Stay There William McKenzie on August 17, 2017