The Texas Education Agency released a family-friendly way to present results from the state's annual STAAR exams. No longer will parents get bureaucratic lingo.

Making student test results meaningful and relevant for parents is one of the most important themes that we have picked up during interviews with education leaders about how they apply accountability principles in their work. One former state school leader pointed out -- with great concern -- that the information from state achievement exams is often presented to parents in a way that makes little to no sense.

Terms like “learning at Level II” or “Phase-in Level Il,” which Texas has used to describe student achievement levels, carry absolutely no meaning for parents. Edu-speak is often its own language that best serves insiders instead of parents and students.

Fortunately, Texas Education Commissioner Mike Morath gets this point. This week, the Texas Education Agency released a family-friendly way to present results from the state's annual STAAR exams. At Morath’s insistence, no longer will parents get bureaucratic lingo. The state's student report card will come in plain language, allowing parents to know, for example, whether their child is reading at the right grade level. Or, conversely, whether they are not yet reading at grade level.

There are other clear markers as well, which you can see at this site.  What is key is that Morath and team want to demystify the exams for parents and students so that they can make sense of the results.

Equally important, parents can go to www.texasassessment.com to see the questions their student missed. And they will find materials, such as suggested reading lists, to help them work with their student to overcome learning deficits.  (Spanish versions are available, too, which matters in Texas, where Latinos make up more than half of the state's student population.)

These tools may take a while to work their way into homes. But they are precisely the types of reforms that will make annual statewide tests, which are key to understanding student progress,, meaningful to parents and students. Making meaning of data means that those parents and guardians can also make informed decisions about how to best support their student’s academic success.

Instead of seeing tests as irrelevant or a waste of time, as some parents complain, tests will become a tool to learn more about a student's progress. What’s more, they will become a way for parents to help their children progress even further. 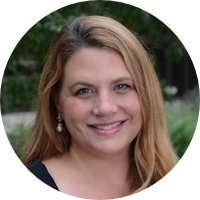 Leadership and Influence on July 6, 2017