Protests in Morocco Worth Watching

On Friday, October 28, 2016, a Moroccan fish monger named Mouhcine Fikri was tragically crushed by a garbage truck after he failed to pay local police a bribe for merchandise they confiscated. Thousands of Moroccans across the country are now participating in protests against police abuses, garnering international attention for a country that does not often see demonstrations of this nature.

News reports have compared the incident to events in Tunisia that set off the so-called Arab Spring. In December 2010, a Tunisian vegetable vendor, Mohammed al-Bouazizi, set himself on fire out of frustration of rampant government corruption when he was assaulted by a municipal official and had his wares seized. Massive demonstrations for change ensued across the region and upended a few dictators. In Morocco, King Mohammed VI promised a new constitution that would address many of the population’s grievances, thus avoiding any major incident.

Reform has been slow to come to fruition, however. While Morocco’s subsequent July 2011 constitution expanded human rights and personal freedoms, graft, exploitation, lack of economic opportunity, and trodden-on press freedoms remain a systemic problem and have fostered simmering discontent in the country. The protests of Friday could represent a culmination of these rising tensions and is therefore worth carefully watching.

To learn more about the events of Friday, read here: http://www.nbcnews.com/news/world/morocco-fish-seller-mouhcine-fikri-s-death-ignites-protests-n675601.

To learn more about the Bush Institute's Tunisian Fellows and our work to develop women leaders in North Africa, read here: http://www.bushcenter.org/explore-our-work/developing-leaders/womens-initiative-fellowship.html. 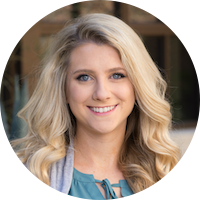 Protests in Morocco Worth Watching