David J. Smith is a post-9/11 veteran and a Team 43 Sports alumni.  He joined the Marine Corps in 2003 and served as an Infantry Rifleman and Team Leader with Alpha Company “Raiders” of the 1st Battalion, 4th Marine Regiment.  He was deployed twice in support of Operation Iraqi Freedom. During his service, his unit was engaged in some of the heaviest fighting of the war to date including the battle of An Najaf in August 2004.  He was honorably discharged in 2007, but upon his return home experienced severe symptoms of post-traumatic stress.  Smith took ownership of his transition and sought help for his injuries.  Today, he is an example of what a successful veteran transition can look like.

Earlier this year, I had the opportunity to run the 2016 Boston Marathon on behalf of the George W. Bush Institute’s Military Service Initiative, sponsored by Energi, Inc. Running the marathon was an once-in-a-lifetime experience for me, but the race wasn’t the main event that weekend.

A little over a decade ago, Lance Corporal Alex Arredondo was killed on a rooftop in Najaf, Iraq.  My good friend Alex grew up just outside of Boston.  To many Marines, he was the epitome of what a Marine leader should be: strong, brave, and intelligent.  Alex led from the front and always put his Marines first.  Sadly, his bravery led to his death during an intense gunfight in Iraq.

On August 25, 2004, Alex Arredondo was killed while checking on his Marines and ensuring his team had food, water, and ammunition.  They had been under sniper fire for about an hour when Alex raised his head above the wall to pinpoint the enemy’s position.  He was shot through the temple and killed instantly.  Losing Alex hurt all of us deeply and left a gaping hole in our hearts.

This year while in Boston for the marathon, I had the opportunity to visit Alex’s final resting place, meet his family, and tell great stories of the impact that Alex had on our lives.  It was a healing experience in that it allowed me to close old wounds and it gave me a new perspective on his death.  As we stood over Alex’s grave, it was not the sad event I had been dreading, but instead a celebration.

I could feel Alex’s warm embrace and I knew he was at peace.  Given the chance to change the events, Alex would not have changed his decision to serve or to give his life protecting his Marines. Knowing that puts me at peace as well.  During the marathon, I ran with Alex’s dog tags around my neck and an American flag in each hand.  As I was running, I could feel Alex there running with me.

Running for the Bush Institute's Military Service Initiative allowed me to honor all of the men and women who volunteered to serve their nation, just like Alex.  I ran with many other veterans, active duty military, and law enforcement and we talked about missing the camaraderie and sense of purpose that comes with service.  It was great to be around other veterans and to share stories of deployments and bond over common experiences.

I finished the marathon at a time of 3:50.  While I was pleased with my runtime, I was even happier that I was able to see Alex again, meet his family, and share stories with them.  The experience I gained by reliving the brotherhood and camaraderie by running alongside my fellow veterans was invaluable.

I am thankful for the opportunity to raise awareness of the Bush Institute’s work on behalf of veterans.  And I now understand what made Alex BOSTON STRONG! 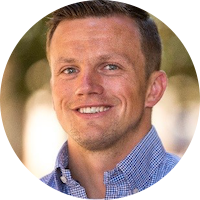