New study of blast explosions has important implications for veterans

In this new report, a series of autopsies of men who had been exposed to explosive blasts and later died from a variety of causes has found evidence of inflammation and scarring in regions of the brain that had been previously unreported.

The report sheds light on an area of medical science that has been poorly understood.  Ever since the term “shell shock” was coined during World War I to describe the stunning concussive effects of bombs, those who survived bombing attacks without visible wounds were often regarded as weak or cowardly.

In more recent times, clinicians and scientists have been left to speculate about the cause of the mental and behavioral changes in military service members exposed to blasts. People often have assumed these problems are entirely psychological. This new information indicates that blast-related concussion and post-traumatic stress may have real anatomical explanations. You actually can see those explanations under a microscope.

In this new report, a series of autopsies of men who had been exposed to explosive blasts and later died from a variety of causes has found evidence of inflammation and scarring in regions of the brain that had been previously unreported.  A team led by neuropathologist Dr. Daniel Perl, professor at the Uniformed Services University of Health Sciences, has detected microscopic changes in brain tissue at junctions with fluid on the surface of the brain, areas adjacent to fluid-filled chambers inside the brain, and along the brain’s blood vessels.

The distinct pattern of scarring seen in these regions is consistent with animal models of the physics of blast brain injury. The patterns demonstrate that explosive forces transmitted by fluid waves cause damage to brain tissue where those tissues meet up with these fluids inside the head.

The scars cannot be seen on brain imaging studies, including advanced MRI scans, but can be seen under a microscope. The abnormalities also are different from those of chronic traumatic encephalopathy, or CTE, which has been reported in some football players and other athletes who sustained direct blows to the head.

The new pathological findings reported in this study may very well explain the lingering effects of concussion from blast injury. Those effects include headache, memory impairment, and sleep disturbance.  This study may also contribute to our understanding of post-traumatic stress, depression, and anxiety related to blast exposure in combat.

Stress reactions can still occur without the damaging effects of concussive blast waves, so this report cannot be viewed as an adequate explanation for all cases of post-traumatic stress.  There is no reason to assume that all individuals exposed to blasts in the war zone or in training have the type of brain injury seen in this scientific report.  More research is needed to help determine why some people experience the lingering cognitive and emotional effects of blasts while others do not.

Great strides have been made in the medical and psychological treatments for those in military and civilian life with "invisible wounds."  Thanks to the publication of these new observations, perhaps some of what has been “invisible” has now become visible. 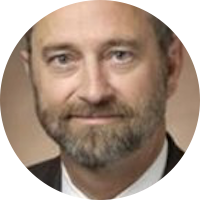 New study of blast explosions has important implications for veterans

The Need for a Strong Principal Bench Eva Myrick Chiang on June 24, 2016