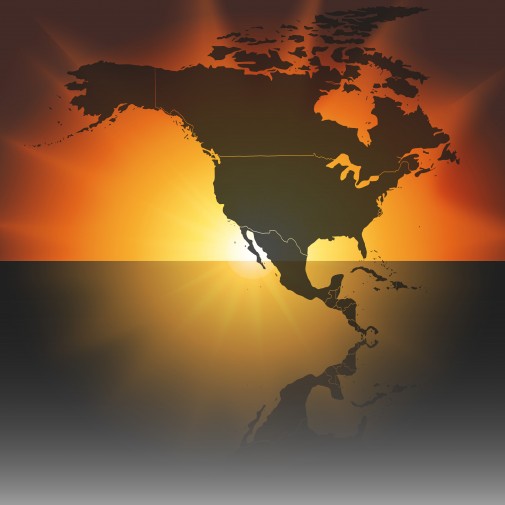 The Bush Institute convened the first meeting of its North American Working Group last week in Dallas. The gathering brought thought leaders from Canada, Mexico and the United States together to examine both the challenges and benefits of more closely aligning the national economies of their nations.

Here are four key takeaways from the discussions:

Winning hearts and minds--It’s one thing for policy leaders to talk to themselves, it’s another to reach the broad public. Yet that is where the argument needs to be won. People in each country, after all, are hearing plenty of protectionist rallying cries these days.

Carlo Dade of the Canada West Foundation emphasized that facts and figures are nice, but they haven’t moved people. So, it’s time to change strategies.

We need to talk in ways that reach people and matter to them, Dade said. “What really matters to people are their jobs.  So, when we talk about ‘competitiveness,’ some people are going think you are talking about cutting their job or wage.” It will mean something different to them, he said, when they understand that competitiveness means investing in ways that help them compete with workers around the world. Talk about “cross-border infrastructure” doesn’t mean much to most people, but the survival of their job does.

Matthew Rooney, director of the Bush Institute’s economic growth initiative, agreed, noting that making our borders more efficient secures North American jobs by reducing the cost of production.  In general, he argued, the point of North American economic integration is to enable our economy to grow by competing in the global economy.

Why energy matters--Participants lauded Mexico’s energy reforms, which open broad new opportunities to develop Mexico’s energy resources, reducing its high power costs and the cost of producing goods in North America. The reforms stand to transform Mexico’s energy industry, which the Mexican government nationalized in the 1930s.  At the same time, the United States has developed the technology and regulatory expertise to tap into non-traditional sources of oil and gas even as Canada has invested in the sustainability of its bitumen resource.

Still, several challenges stand in the way of Mexico and the rest of North America realizing the full benefit of this modernization. For one, the recent slump in the oil and gas market is causing private investment to pull back just as opportunities across the region are opening up.

For another, decades of underinvestment in Mexican energy has led to a scarcity of young Mexicans with the necessary skills.  As a result, oilfield workers, scientists and managers need to be able to study, train and work throughout North America so that Americans, Canadians and Mexicans can learn from colleagues and apply the most efficient ways to extract oil and gas.

Human capital and skills--Exchanges like this are part of developing human capital, which participants agreed is the key challenge for all three of the North American partners.  For all that we have done to open trade in North America, for all the academic exchanges that take place, for all of our efforts to reform education – our educational systems are still too disconnected from each other and from the opportunities that the global economy is presenting. Making sure our people are ready for the workforce will give them confidence that they can compete and succeed in the global marketplace.

Investing along the border--That word “infrastructure” cropped up numerous times. While trade in North America has increased five- or six-fold in the past twenty years, the highways, rail lines, pipelines and electrical lines across our borders have not kept up.  We have just opened the first new rail crossing of the U.S.-Mexico border in over a century, which is one reason why over 80% of North American trade moves on our highways, in trucks.  Meanwhile, almost one-third of all U.S.-Canada trade, which is the largest bilateral trading relationship in the world, moves over a single bridge between Detroit and Windsor, Ontario.

Another aspect is the permitting process for new cross-border infrastructure.  Here again, the U.S. is the laggard due to our Presidential Permit requirement, which can take years to finish, in part because the U.S. State Department must sign off on the bridges, highway crossings and pipelines. Participants discussed how the foot-dragging contradicts the intended purpose of the North American Free Trade Agreement, which was about expediting trade across borders.

The bottom line--North American workers and entrepreneurs are world-beaters.  Thanks to the diversity and flexibility of our links to Mexico and Canada, we set the pace for global innovation and production.  But bottlenecks at our borders, in our educational systems and on our energy markets are like tying one hand behind our backs.  You can be sure that our competitors in Europe and Asia are not waiting for us to figure it out.

The Struggle for Talent in North America Gabriel Zinny on September 9, 2015