The Strategic Ramifications of the North America Energy Revolution

Much has been written about the “North American energy revolution,” yet for the average consumer, who judges impact by the price at the gas pump, this “revolution” has yielded only modest savings for most Americans.

A revolution, nonetheless, is underway.

Horizontal drilling and hydraulic fracturing are unlocking massive shale plays across much of the United States, while new technologies (and high oil prices) are making the Canadian oil sands more profitable than ever.  And time will tell how big an impact the Mexican energy legislation will have on the North American landscape, but initial reports are optimistic.

Indeed, the fruits of this revolution are felt from landowners in the Utica and the Marcellus to boardrooms in Oklahoma City and Houston.  But it is the less discussed geo-political impact of this revolution that may end up having the biggest effect on the world we know.

The United States is part of a global market for energy, especially oil.  This has been the case since the 1970s. Yet the mythology of the U.S. market being distinct remains embedded in the intellectual framework for those not involved in the day-to-day energy industry.  It is this global market, so often controlled by cartels and unstable governments, that North America’s energy revolution threatens to turn on its head.

Economics 101 teaches that an increased supply decreases costs.  And so it goes with the energy industry, where this revolution has produced a glut in oil on the market.  As a result, crude prices have dropped as much as 20 percent since June — and many experts expect the prices to continue to fall.

From a geopolitical standpoint, these basic economics will likely have a major impact on regimes in countries like Venezuela, Iran and Russia, where oil profits sustain the balance of power for dangerous despots.  Not surprisingly, a growing rift over production levels is emerging among the members of the Organization of Petroleum Exporting Countries (OPEC).

Venezuela, especially, is encouraging OPEC to cut production in order to raise the international price of oil. The leadership in Caracas is cash-strapped and needs continued high oil prices to finance its political agenda, known as “21st Century Socialism.”

Venezuela has been economically and politically mismanaged since the election of Hugo Chavez in 1999.  Between that time and his death in early 2013, Chavez set in motion his so-called Bolivarian Revolution.

Its goal was to reshape the country into a one-party state, based generally on the Cuban model. The Bolivarian Revolution also sought to create a bloc of countries to counter the United States specifically, but also the spread of genuinely democratic, free market systems.

Some of his social programs had intentions of providing much-needed social services to the marginalized – a substantial population that the Venezuelan elite had long ignored. But the larger cost has been a limitation on basic freedoms, a rise in governmental spending that can only be sustained with extraordinarily high oil prices internationally, and an increase in crime and societal insecurity.

The economic inefficiencies of socialism, even socialism lubricated by oil revenues, are difficult to overcome: Inflation in Venezuela is estimated to be near 60 percent; basic necessities like milk and toilet paper remain scarce; access to foreign currency is restricted; and more people are leaving the country than moving into it.

Upon Chavez’s death, his hand-picked successor inherited this governmental dysfunction and societal disintegration.  The objective remains the completion of the Chavez vision of a state and economy controlled by one political entity, while maintaining a close alliance with Cuba and other anti-American actors, such as Iran and Russia.

Venezuela’s state-run oil company, Petróleos de Venezuela S.A. (PdVSA), is relied upon to generate revenue for government operations.  While the company was once known and respected for its effective management, politicization by Chavez has resulted in poor administration and infrastructure upkeep.  Venezuela oil production has dipped, and the country’s reliance on OPEC and high energy prices remains stronger than ever.

Without adequate levels of revenue from oil, the Venezuelan government has little else to fall back on to sustain its power.  Printing more money will last only so long.  Tourism is not a significant revenue earner.  And since the country imports most of its staples, there is little else it can export except more of its citizens.

Despite problems domestically, Venezuela has leveraged oil revenues in Latin America to advance its agenda.  So, beyond funding its socialist experiment in Venezuela, oil revenues provided by Caracas have:

*Sustained what is left of the Castros’ rule in Cuba;

*Allowed a Venezuelan-Cuban axis to increase its influence in many of the small island nations of the Caribbean;

*Provided a model for Bolivia and Ecuador, who are now engaging in their own efforts to harness “resource nationalism” into one-party rule; and

The ramifications of the North American energy revolution, so often simply seen in terms of energy prices, are now reverberating in ways with a strategic impact – an impact which enhances the security of the United States and others who seek political and economic freedoms.  If this energy revolution means the undoing of the Bolivarian Revolution in Venezuela and, more broadly, in Latin America, then the price at the pump will have been worth it for generations to come. 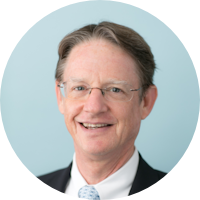 The Strategic Ramifications of the North America Energy Revolution