10 Interesting Facts about Holidays at the Bush Center

Holidays at the Bush Center welcomes visitors with twinkling lights and trimmed trees, special seasonal menu items, limited-edition holiday merchandise and music by local choral groups.  Home for the Holidays: Christmas at the White House 2001, the first in an annual series of holiday exhibits, will offer visitors a glimpse into the 2001 White House holiday celebration. Home for the Holidays will be open to the public from November 25, 2013 – January 5, 2014. 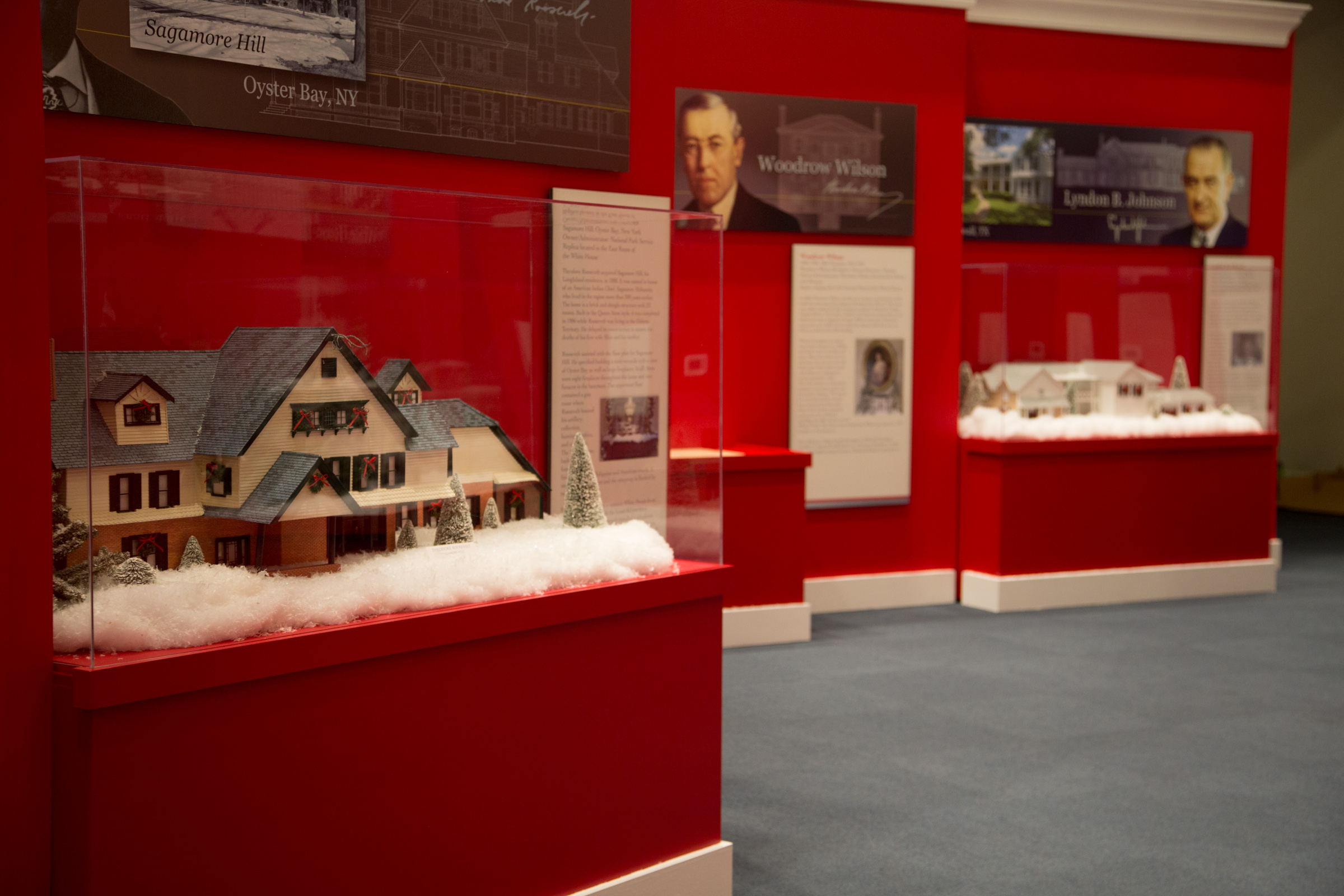 Each year, the White House holiday theme is selected in the spring so preparations can begin. The theme “Home for the Holidays” was selected in spring 2001. When the holiday season arrived that year, Mrs. Bush noted: “Because this year's holiday season follows a national tragedy, both home and family have special meaning to all Americans. Gatherings of loved ones - familiar faces in familiar places - can be a tremendous source of strength and reassurance during this season of remembrance and goodwill.”

The special exhibit’s 18-foot Christmas tree is a replica of the White House Blue Room tree. The original 2001 Blue Room tree was grown in the mountains of Central Pennsylvania. The exhibit tree is decorated with original ornaments depicting historic homes and places of worship from artisans throughout the United States.

Eighteen scale models of the family homes of American Presidents, including George Washington's Mount Vernon, Franklin D. Roosevelt's Hyde Park, Abraham Lincoln’s home in Springfield, Illinois and a replica of Lyndon Johnson's Texas ranch, are on display. The replicas were built to scale by White House carpenters, plumbers and other staff members in 2001.

The exhibit includes President Bush’s speech card from the December 6, 2001 Christmas Pageant of Peace. He concluded the speech by saying that “the comfort of Christmas [is] that hope never fails, and love never ends.”

The special exhibit features gifts sent to the First Family in 2001, including four hand-decorated Christmas egg ornaments with Santa scenes from Texas and Washington, DC. 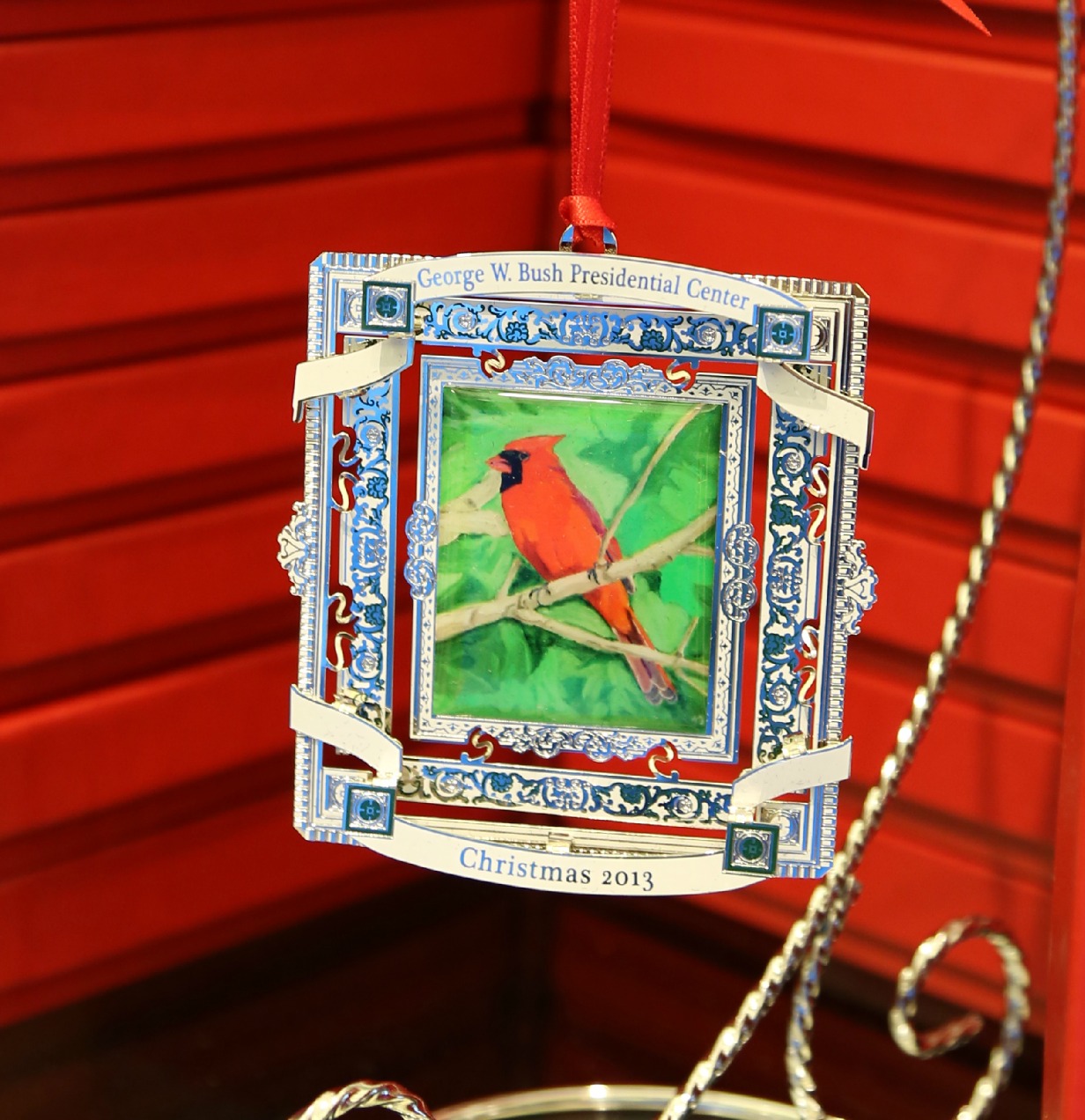 A gift at the top of the Bush Center’s gift-giving list this year is a watch exclusively modeled after the Timex watch that President Bush wears daily.  The watch features an American flag on the face with “George W. Bush Presidential Center” printed below it.  President Bush’s signature is engraved on the back of the watch.  Buy online or in the Museum Store.

You can own a Presidential work of art! The Bush Center’s one-of-a-kind 2013 ornament, available exclusively online and at the Bush Center’s Museum Store, features an image of a cardinal, originally painted for Ambassador Warren Tichenor by President George W. Bush. The three dimensional metal ornament, reminiscent of the White House Historical Association ornaments, is the first commemorative Bush Center Christmas ornament to be released and is a limited edition.

10 Interesting Facts about Holidays at the Bush Center

Denied: One Cuban Dissident’s Elusive Trip to the U.S. Amanda Schnetzer on November 20, 2013