The George W. Bush Institute's 2013 high school economic debate program kicks off today with a regional qualifying debate tournament at the Calvin Coolidge Memorial Foundation in Plymouth Notch, Vermont. More than 100 high school debate students, who are in New Englad this summer participating in the "Debate Institutes at Dartmouth," are debating the topics of protectionism, trade and economic growth. Here are some early photographs of the day's events:

The welcome sign at the Calvin Coolidge Memorial Foundation:

Amity Shlaes and Roberto Salinas-León leading a tour of the Coolidge Foundation grounds for debate students and judges:

The internet usage at the Coolidge Foundation has skyrocketed today as the debate students get online to research their topics: 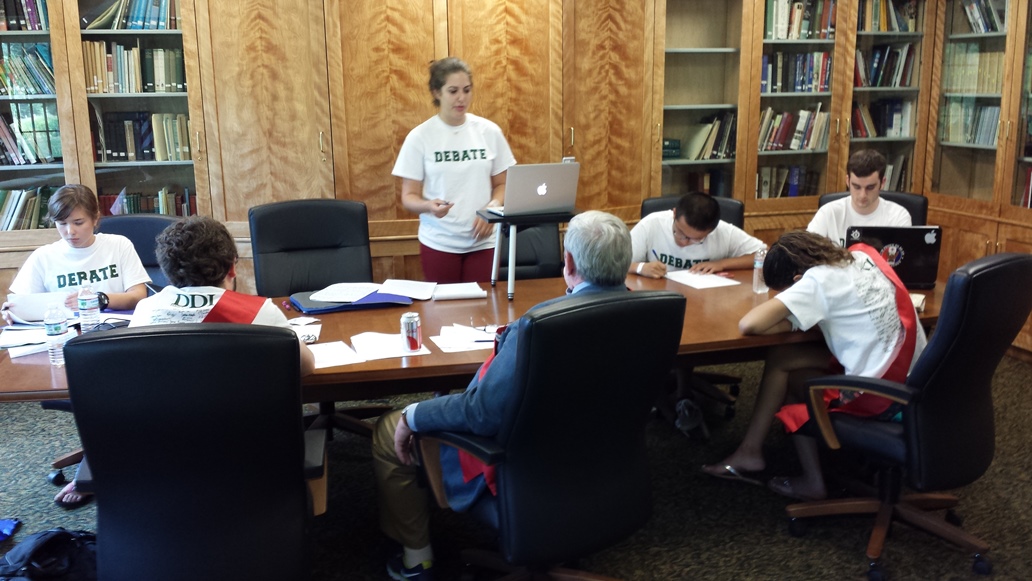 The beautiful view from the debate area: