The topic of economic growth has captured America’s focus during this season of presidential debates. However, a successful economy is not determined by quarterly or yearly ebbs and flows of GDP, rather it is determined by long-term, sustainable growth—today, tomorrow, and for decades to come. This past weekend, the George W. Bush Institute continued its crusade to create strong long-term economic growth by tackling free-market issues with our country’s future leaders: high school debaters. From Supreme Court Justices John Roberts and Sonia Sotomayor, to Karl Rove and Oprah Winfrey, high school debaters have been at the forefront of American success stories.  In conjunction with the Dallas Urban Debate Alliance and St. Mark’s School of Texas, the Bush Institute focused solely on these future multipliers and leaders by hosting the inaugural George W. Bush Institute Economic Debate Weekend in Dallas, Texas. Debate topics included the role private property rights play in successful growth and whether increased government investment in infrastructure is needed to have a thriving economy.  Over 140 high school students from around the country gathered to debate these topics during the course of more than 150 individual rounds of debate. Guest judges for each of the rounds included Ambassador Mark Langdale, Harriet Miers, and Judge Edith Jones. President George W. Bush joined the students and judges Saturday evening for a dinner in celebration of debate and competition. During his remarks on the importance of civilized debate in this hotly-contested political season, President Bush lamented that he did not participate in high school debate himself, quipping, “I wish I had been involved with high school debate, I might’ve done a little better.” Following President Bush’s remarks, guest lecturer Roberto Salinas-León from the Mexico Business Forum provided insight and guidance on the debate topics and their relevance in the global economic market. Salinas-León endorsed the power of debating as well by likening debates to mini- laboratories of democracy that will open doors for tomorrow’s leaders. This inaugural economic debate weekend is just the beginning for the Bush Institute. Future debates featuring the best and brightest from Dallas and around the country are in the works. Here at the Bush Institute, we believe that investing time and resources in tomorrow’s leaders is an important way to unleash the economic growth America needs.

This post was written by Michael McMahan, Program Manager for The 4% Growth Project at the George W. Bush Institute. 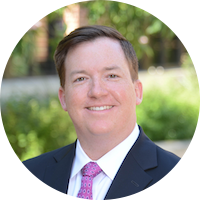