Last week, the Freedom Collection team journeyed to the snowy landscapes of Poland.  There we visited Gdansk and Warsaw to capture the stories of brave dissidents who opposed the Soviet Empire and cultivated freedom in Central and Eastern Europe.  In 1980, Gdansk’s Vladimir Lenin Shipyard became the birthplace of Solidarity, a free trade union led by Lech Walesa that would carry the banner for organized resistance against Soviet rule in Poland.  Ironically, they used Lenin’s own doctrine of proletariat revolt against the elite’s oppression as the basis for their movement.  Their testimonies reach beyond history to inspire present day freedom movements, each providing a blueprint to dissidents for organizing nonviolent resistance.

Stay tuned to www.freedomcollection.org to meet the people behind Poland’s Solidarity.  Until then, here are a few teasers from behind the scenes of the Freedom Collection:

Senator Zbigniew Romaszewski and Zofia Romaszewska wait for the cameraman to say "action."

Andrzej Gwiazda and Joanna Duda-Gwiazda wait for the camera to roll during their Freedom Collection interview. 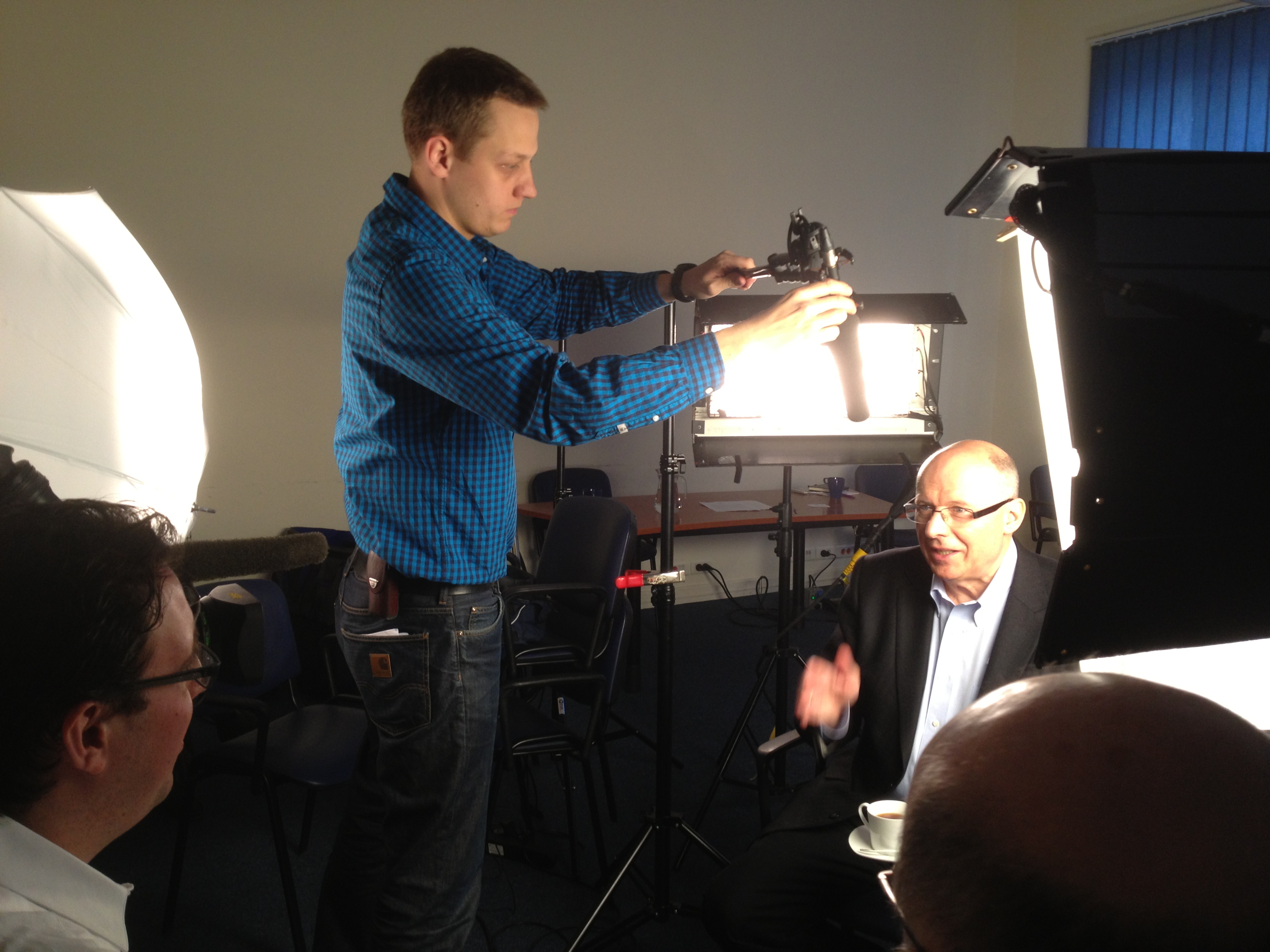 Czeslaw Bielecki between takes during his Freedom Collection Interview

This post was written by Christopher Walsh, Program Coordinator for the Freedom Collection.