A Peace Deal with the FARC Undermines Freedom

Standing in front of the Palacio de Nariño, the Colombian Presidential Palace, President Juan Manuel Santos last week announced that the Government of Colombia would enter into a “peace process” with the Revolutionary Armed Forces of Colombia (FARC). What President Santos seeks out of this risky move is obvious:  to go down in history as the leader who brought about the final end to the fifty-year insurgency.  What the FARC seeks is also obvious:  legitimacy. During the first decade of the 21st Century, under the leadership of President Alvaro Uribe, the FARC had been effectively de-legitimized and nearly defeated militarily (with significant support from the United States through Plan Colombia).  What was left was their final elimination, followed by the articles of surrender.  By electing Santos as president through a wide margin, the Colombian people were choosing the continuity of President Uribe’s “Democratic Security” plan, which had brought them a period of unprecedented peace, stability and economic growth.  What they got is a period of uncertainty with no clear outcome. This proposed peace process is a mistake for one obvious reason.  It violates the sacrosanct principal that we do not negotiate with terrorists.  The FARC is not a belligerent force fighting for grievances (perceived or real) and with a political agenda.  It is an illegal armed organization that kidnaps and kills civilians, abducts children for use as soldiers, shakes down private citizens for “protection money” and traffics in drugs.  It is not a force to negotiate with; it is a criminal element to destroy.  The rule of law in a free society demands it. The components of the peace negotiations, which will take place first in Oslo and then in Havana and will be accompanied by the Venezuelan and Chilean governments, are five-fold: rural development, a political role for the FARC, a ceasefire, movement in curtailing drug trafficking, and reparations/reintegration of people back to their land.  The FARC stands to gain more from this agenda than the people of Colombia.  Already losing militarily, it provides the FARC the legitimacy and space it needs to move into civil/political life.  Buried in the annals of history will be the FARC’s brutality over five decades.  Instead, the FARC, whose members are not democrats in the least, will be allowed the option to compete for elected office in the hopes of advancing their radical agenda.  With significant funding from drugs and support from Venezuela, they will surely advance quickly. For those who believe that the true intentions of the FARC have changed, they have only to look at this speech from hiding of FARC leader “Timochenko” in which he doesn’t budge an inch from the group’s propaganda.  FARC does not have the best interests of Colombians in mind. Legitimacy is not a bauble to be gifted in exchange for the political expediency of now.  It is one of the most prized treasures of a democratic government.  President Santos may have just done irreparable harm to the cause of freedom in the hemisphere. 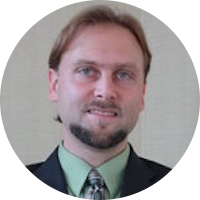 A Peace Deal with the FARC Undermines Freedom