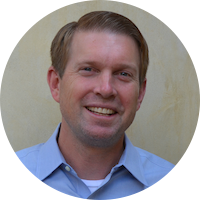 Ted Ullyot is the founder of Highway 50 Ventures, LLC, an investment and advisory firm. A lawyer by background, Ullyot was General Counsel of Facebook from 2008 to 2013. He served in the administration of President George W. Bush, including in the White House as an Associate Counsel and as Deputy Staff Secretary, and in the Justice Department as Chief of Staff to Attorney General Gonzales.

Ullyot began his career as a law clerk, first for Judge J. Michael Luttig of the U.S. Court of Appeals for the Fourth Circuit and then for U.S. Supreme Court Justice Antonin Scalia. He was a litigation partner in the Washington, D.C., office of Kirkland & Ellis LLP.

Ullyot graduated from the University of Chicago Law School, after doing his undergraduate work at Harvard. He and his family live in Northern California.