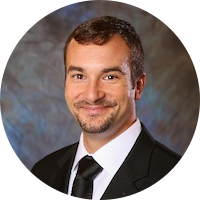 Staff Sergeant Salvatore “Sal” Giunta is a veteran of the U.S. Army.  He enlisted in 2003 after graduating from high school.  He was stationed in Italy for seven years and deployed to Afghanistan twice with the 173rd Airborne Brigade Combat Team.

Giunta was injured on July 10, 2005 in the Zabul providence of Afghanistan.  He was shot in his left calf while preforming a bounding overwatch with seven other soldiers on his team.  On October 25, 2007 Giunta deployed a second time to Afghanistan.  While conducting a patrol in Afghanistan’s Korengal Valley, Giunta’s team was ambushed by a well-armed and well-coordinated insurgent force.

For his actions on October 25, 2007, Staff Sergeant Salvatore Giunta was awarded the Medal of Honor.  He is the first living person since the Vietnam War to receive the U.S. military's highest decoration for valor.  Giunta was cited for saving the lives of members of his squad during the War in Afghanistan.

In 2011, Giunta separated from active duty.  He is currently finishing his junior year at Colorado State University.  His goal is to attain a business degree with a supply chain focus.  Since leaving the Army, Giunta has worked with several nonprofits promoting veteran initiatives.  He is married to Jennifer, and they have two amazing children, Lillian and Vincent who are his pride and joy.