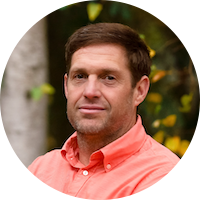 First Lieutenant Jared Sarten enlisted in the United States Army in 1997 as an Infantryman. After graduating from Airborne School, he completed Ranger Indoctrination Program and was assigned to the 3rd Ranger Battalion stationed at Fort Benning.  Sarten served for 14 years as an enlisted soldier and his last four years as an officer in the Quartermaster Corps.

After deploying multiple times to Afghanistan, Sarten suffered from Post-Traumatic Stress (PTS) and other injuries. In 2015, after 18 years of service, Sarten was medically retired from the Army.

Always an avid athlete, Sarten competed in local races and completed seven marathons, multiple half marathons and 10K races prior to retiring. Also, a fervent bike rider, he uses riding to deal with his PTS. Sarten is an ambassador for Project Echelon, a professional U.S. cycling team that connects veterans with a mentorship program. Through this program, Sarten has completed the RBC Gran Fondo in Silicon Valley, California.

Sarten is focused on helping veterans stay active and learn about cycling, which also helps in his recovery. He hopes to start a cycling club in order to help veterans and family members through outdoor activities.

Currently, Sarten lives in Eagle River, Alaska with his wife, Leslie. They were high school sweethearts and have been married 22 years. They have two daughters, Zoie and Finley. The family takes advantage of the Alaska weather and enjoys their time camping and hiking during the summer and skiing and snowboarding in the winter.