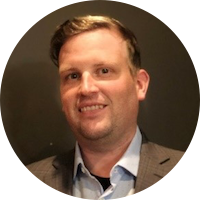 Specialist Douglas “Michael” Edds, USA, Ret. served in the U.S. Army as an Infantryman from 2007-2012 and in the Louisiana National Guard from 2012- 2018.  While active duty, Edds deployed to Iraq and Afghanistan.

During his deployment to Afghanistan, Edds sustained a traumatic brain injury (TBI) and a back injury when the base was hit by a dump truck packed with 1500lbs of explosives.  Following his recovery stateside, Edds chose to transfer and serve in the National Guard.  On September 11, 2011, Edds medically Ret. from active duty.

While in the Reserves, Edds earned a Bachelor of Science in Accounting from Northwestern State University.  Now, he enjoys spending time with his wife and attending his stepdaughter’s softball and basketball games and his stepson’s football games. Edds is also a referee for basketball for the Louisiana High School Athletic Association.

Edds is an active member with the Military Warrior Support Foundation’s group called Leadership for Life. He helps other veterans as they make transitions from the military to civilian life.

He is married to Tanya and they have two children.