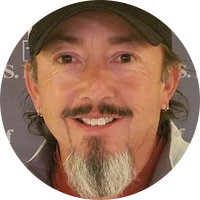 Command Sergeant Major Anthony “Tony” Torres, U.S. Army, Ret. joined the U.S. Army on September 9, 1985.  He worked in the tactical, operational, and strategic levels of the Army and the Joint Forces.  Before he retired Torres worked as a senior enlisted advisor from 2007 – 2017.

Torres deployed to multiple locations over his career.  He served three tours in Germany, a deployment in support of Desert Shield and Desert Storm in December 1991, and he deployed to Iraq in 2004 for one year, and Afghanistan from 2012-2013.

For the next few years, Torres dealt with symptoms of post-traumatic stress (PTS).  After four years of struggling to find balance in his life, he finally sought counseling.  He also credits the game of golf for helping to keep him keep fit and get moving.  The game has helped Torres through tough times in his life and career.

Currently, Torres works at the Republic Golf Club in San Antonio, TX as a golf professional.  He is very active in the veteran community teaching fellow veterans the game of golf through the PGA HOPE (Helping Our Patriots Everywhere) program.

For his 32 years of service, Torres was awarded many medals and awards.