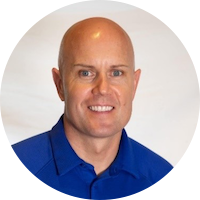 Master Sergeant Adam Faine joined the U.S. Navy in 1992 as an Aviation Rescue Swimmer.  He transitioned to the U.S. Air Force as a Combat Search and Rescue (CSAR) Special Mission Aviator in 1999.  Faine deployed more than a dozen times to various locations, including Afghanistan, Iraq, Africa, Turkey, Uzbekistan, and the Pacific.

During Faine’s 22-year career, he flew over 200 combat missions in the most heavily contested and dangerous areas. In March 2002, he rescued a team of four critically injured Army paratroopers pinned down by enemy small-arms and mortar fire in Afghanistan. Subsequently, Faine was awarded the Distinguished Flying Cross with Valor for Heroism.

Over the course of his career, Faine lost dozens of friends and peers to combat losses, training accidents, and suicide. Like many of his peers, Faine spent years solely focused on his job and ignored how the mission affected him. In 2014, his was diagnosed with Post-Traumatic Stress (PTS) and began treatment.

In 2016, Faine was medically retired for the Air Force. He began working at The Wounded Warrior Project as part of the Soldier Ride team. As an avid cyclist, Faine recognized the physical and mental benefits of cycling. He now enjoys sharing the sport with fellow veterans through Soldier Ride events all over the country. In addition to cycling for work, Faine races regularly and has competed in two DOD Warrior Games and one Invictus Games, earning two gold, one silver, and one bronze medal for cycling competitions.