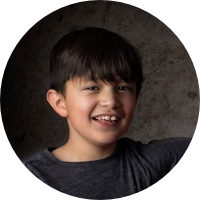 Sergeant Saul Martinez enlisted as an Army Infantryman in 2006.  In May 2007, during the Surge in Iraq, Martinez’ vehicle was hit by a multiple charge E.F.P IED (Explosively Formed Penetrator/Projectile), instantly killing his two friends SPC Kyle Little and SGT Blake Stephens. Martinez was the only survivor.

After about a year of rehabilitation, Martinez remained on active duty and took on the role of a Warrior Transition Unit (WTU) Squad Leader for another two years.  There he assisted many soldiers, Marines, and sailors with similar conditions and experiences in their transition out of the military.

In 2009, the mental aspects of Martinez’s conditions began to take a toll.  The realization that he could no longer be an Infantryman, the daily mental and physical struggles that came with being an amputee, and the overwhelming thoughts of an uncertain future, especially the thoughts of how he was going to keep up as a father, became almost too much for him to handle.  He went to Montana with Warriors and Quiet Waters Foundation on a therapeutic fly-fishing trip and discovered what would be he and his family’s next move after the Army, which was to Bozeman, Montana.

In 2010 after transitioning out of the Army, Martinez and his family moved to Montana. He attended Montana State University full time and completed a Bachelor’s degree in Sociology with a China Studies Minor in the spring of 2015.  He remained an active advocate for wounded, injured, and ill veterans and their welfare during his tenure at MSU.  Upon graduation, Martinez became and is currently staff with Warriors and Quiet Waters as their Director of Warrior Services

Most recently in 2017, a painting of Martinez was featured in President Bush’s “Portraits of Courage,” a work that has provided visibility to our nation’s service members and their stories. He also starred in a commercial alongside famed golfer Jordan Spieth that was aired during the Masters of 2017.

Martinez is an active and proud father, husband, hunter, fly-fisherman, golfer, Ukulele player, and dabbles as an artist.  He engages in activities that bring joy or therapy of some kind to his life.  Any time he has in his busy life, he prefers to spend with his kids.

Martinez credits the positive nature of his life and successes to his wife Sarah, his two children, his parents and brother, Sarah’s family, President and Mrs. Bush, and to other family and friends in his support system. Also to organizations like The Semper Fi Fund, Feherty’s Troops First Foundation, and Team 43 for their meaningful and critical support since that day of chaos in 2007.

Saul gives special thanks to the families of SPC Kyle Little and SGT Blake Stephens and every service member who has sacrificed their lives in defense of our great nation.

“My kids and anyone around me, will in fact, see me struggle from time to time [mentally and physically]; but I strive every day that no one will EVER see me quit.”