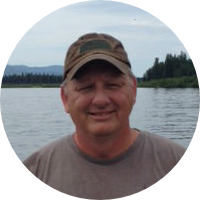 Sergeant Major (Retired) Gorman joined the U.S. Army in July 1983.  His first duty station was with the 1st Battalion 75th Infantry (Ranger) located at Hunter Army Airfield in Savannah, Georgia.  Gorman served four years with the 1st Ranger Battalion.  He ended his active duty in May of 1987.

In March 1989, he completed the Special Forces Qualification course as a Special Forces Engineer Sergeant as a member of the 12th Special Forces Group (Reserve).  Gorman returned to active duty with the 1st Ranger Battalion in June of 1990 and deployed with them in Desert Storm.

Gorman was assessed and selected for a Special Missions Unit (SMU) within USASOC (United States Special Operation Command) in 1991.  During his 20 years of service with the SMU, he was deployed to Somalia, Bosnia, Afghanistan and Iraq.

On March 24, 2005, Gorman was part of a direct action mission targeting high value targets in Haditha, Iraq.  He was wounded by AK-47 fire during the conduct of the mission.  Gorman’s wounds included gunshots to the right forearm, pelvis and right foot.  The wounds resulted in severe nerve damage to both his right hand and right foot.

Gorman recovered at his home station of Ft. Bragg, NC and returned to operational duty in December 2005.  He deployed five more times to Iraq before retiring in November 2011 with 27 years of active service.  Gorman reestablished his passion for golf during his recovery and used to help in his rehabilitation.  “Something about hitting that little white ball seems to make the problems surrounding you fade for a time.”

For his service: Gorman’s awards include the Soldiers Medal, Purple Heart and Bronze Star Medal with V.

Gorman continues to teach and mentor other soldiers on the lessons he learned from his time in the military.  He currently an instructor for Special Operation soldiers and airmen as well as police from major municipal SWAT teams.

Gorman has been married to his wife, Michelle, for 29 years and they have two sons, Scott and Travis.