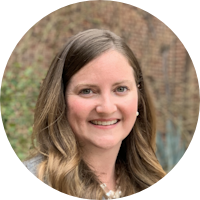 Rachel Mabry, Director of Principal and Major Gifts, joined the George W. Bush Presidential Center in March of 2011. As director, she manages a portfolio of the Bush Center’s major donors, primarily in the Dallas-Fort Worth area; manages the team of regional fundraisers; and is responsible for strategy development for fundraising activities across the country.

Previously, she served as the deputy finance director for U.S. Senator Kay Bailey Hutchison’s gubernatorial campaign, where she was responsible for the fundraising efforts in Central, West, and South Texas. Prior to joining Senator Hutchison’s campaign, Ms. Mabry served as the event manager at the National Republican Congressional Committee (NRCC) in Washington, D.C., under Chairman Tom Cole. In this role she planned and executed all fundraising and fulfillment events during the 2007–2008 congressional cycle.

Prior to serving at the NRCC, Ms. Mabry served as a staff assistant at Valente & Associates, a Washington, D.C.-based government affairs firm. While living in D.C. she was active in Republican politics, volunteering for the Republican National Committee’s 72-Hour Program and numerous other campaign efforts. Mabry began her political career interning for Texas State Representative Tony Goolsby in the summer of 2003.

Ms. Mabry was born and raised in Dallas and is a graduate of Texas A&M University with a bachelor’s degree in international studies.  She resides in Dallas with her husband and two young children.