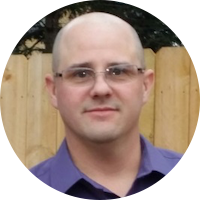 Sergeant First Class Phil Bell served a total of 14 ½ years in the U.S. Army and the Illinois Army National Guard as an Infantryman and Scout.  He has held many positions including time as a team leader, Squad leader, as well as serving as a Training NCO and instructor for the Illinois Army National Guard Rep Training Program.  Bell served in Iraq from May 2005 through March 2006 and his team participated in over 250 missions and raids, capturing over 32 high-priority insurgents and destroying over 100 enemy weapon cache points.

On March 28, 2006, Bell was injured when his vehicle was hit by an improvised explosive device (IED).  His injuries included a fractured back, muscle & nerve damage, Post Traumatic Stress (PTS), and mild Traumatic Brain Injury (TBI).  He was awarded the Bronze Star and Purple Heart for his actions in Iraq and was medically retired on January 1, 2008 due to his injuries.

In 2013, Bell graduated from DePaul University with degrees in both Accounting and Management Information Systems.  Today, he is the chairman of his village’s Veterans Commission and volunteers with Freedom Golf Association teaching the game of golf to special needs individuals and disabled veterans. He married his long-time girlfriend, Amy, on December 31st of 2014 and they currently live in his hometown of Chicago, IL.