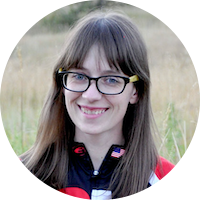 Staff Sergeant Michelle Fisher joined the U.S. Air Force through the delayed entry program when she was 17 as a Security Forces Airman in September of 1999.  During her decade of service, she deployed four times in support of Operation Iraqi Freedom and Operation Enduring Freedom.  While serving in Iraq, Fisher experienced the loss of fellow soldiers, near death experiences, and was sexually assaulted.

Fisher struggled with post-traumatic stress (PTS), military sexual trauma (MST), and other symptoms when she returned home.  To cope with her undiagnosed trauma, Fisher began abusing alcohol.  In 2009, she was arrested for driving while under the influence.  This was a blessing in disguise, and soon she received treatment through the VA to help her cope with her invisible wounds.

Since 2009, Fisher has completed many evidence-based treatment programs and got involved with recreational therapy programs through the Salt Lake City VA and local nonprofits, like Continue Mission and Wasatch Adaptive Sports, where she learned to mountain bike.

Currently, Fisher works as an instructor for Wasatch Adaptive Sports and now teaches cycling, mountain biking, snowshoeing, fishing, and skiing.  She is also working on her adaptive ski certification.  Fisher uses mountain biking to tackle her PTS and substance abuse. Through this passion she creates suicide awareness and pro-mental health messages to save lives.  On January 5th, 2018, Fisher celebrated her four-year sober anniversary.

Fisher is also working on returning to school to finish a degree in engineering.  Recovery is a lifelong journey and she is committed to continuing down a path that will help others.  Recovery is also something no veteran can do alone.