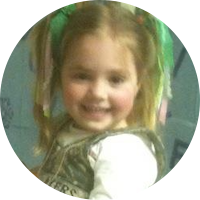 Staff Sergeant Matt Ayers joined the Navy in 2003 as a Corpsman with a Marine Corps Infantry Company. He subsequently transferred to 19th Special Forces Group with the West Virginia National Guard.  In 2006, Ayers deployed to Iraq as a combat medic.

Ayers deployed twice to Afghanistan, and during his second deployment in 2011, he was struck by a field artillery round.  He suffered a traumatic brain injury (TBI), sciatic paresthesia, torn disc in lower back, and left hip effusion,

After his commitment was over, Ayers chose to continue serving in the Army Reserves as a Psychological Operations team leader.  As a civilian, he serves as a fire-fighter and is a 20-year veteran of the Columbus Fire Department.

Ayers is married to Deborah, who is a police officer, and they have a beautiful daughter, Isabella.