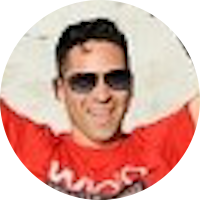 Specialist Marco A. Vasquez enlisted in the United States Army in the spring of 2001 and served with the 101st Airborne Division in the Infantry, 1/502 Delta Company.  In 2003, he took part in Operation Shock and Awe and Operation Iraqi Freedom.  Vasquez earned his Combat Infantry Badge participating in key operations in Al Najaf, Fallujah, Baghdad, and Mosul.  He was honorably discharged from active service in 2004.

After Vasquez tour ended, he was trying to cope, but was struggling with post-traumatic stress (PTS) and a mild traumatic brain injury (TBI).  In the beginning, he did not comprehend the effects and seriousness of these issues.  Vasquez’s life was restless, irritable, and he was discontent as he sought answers and treatment.

Finally, in 2014, with the help of community, family, and specialists, Vasquez took on the challenge of facing his recovery seriously after years of losing to his diagnosis.  After taking the first step of achieving sobriety, he began to find coping skills in the practice of mindfulness meditation and Tai Chi.

Vasquez is now thriving from a mentorship for combat veterans at his local equine therapy ranch, R.O.C.K. in Georgetown, TX where he completed the Horses for Heroes program over a 3 year period and volunteers as a horse handler weekly for their children’s hypnotherapy sessions. Vasquez is currently working toward getting his yoga certification in 2018 and continues to mountain bike locally in Austin, TX with the Rough Riders, whom he connected with at the W100K.  This healthy and supportive community keeps him engaged and committed.

Vasquez’ newest goal is to return to college to pursue an engineering degree.