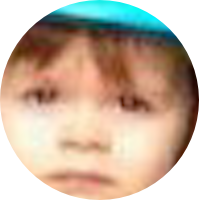 Staff Sergeant Kenneth Butler enlisted in the U.S. Army in September 2001.  As an Airborne Infantryman in the 82nd Airborne Division, he deployed to Afghanistan once and to Iraq three times.

On May 14, 2007, Butler was injured by an explosively formed penetrator (EFP) improvised explosive device (IED) resulting in the amputation of his right arm above the elbow and bilateral chest wall trauma. He spent 26 months at Walter Reed Army Medical Center recovering from the injuries. For his actions, Butler was awarded a Bronze Star and two Purple Hearts.

As part of his recovery, he began mountain bike riding.  In 2011, Butler was invited to participate in the first W100K ride.  It was the first time he put his mountain bike-specific prosthesis to the test.  Since then, he has participated in mountain bike races and most recently, rode in the 2017 W100K Alumni Ride and with President Bush at his 72nd birthday ride.

Butler and his wife, Melissa, have two young sons. They are always trying to find new ways to enjoy activities with the boys, such as going to the beach, hiking, and cycling.