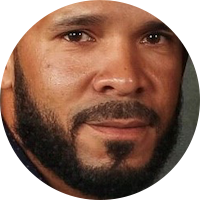 Sergeant Juan L. Velazquez enlisted in the U.S. Army as a combat engineer in 2006.  He served in Iraq and Afghanistan in 2009 with the 569th Engineer Company, 4th Engineer Battalion.

As a Sergeant, Valezquez was one of the Team Leaders to a combat engineer squad and conducted route clearance patrol for the platoon.  Throughout his deployment, Velazquez was exposed multiple times to IED blasts, but on October 23, 2009 he was seriously injured by an Improvised Explosive Device (I.E.D.) in Afghanistan.

Velazquez has suffered from PTS.  His challenges included flashbacks, “every time I closed my eyes I kept getting flashbacks from my battles and always think ‘what could have I done differently to avoid some of our loss’”.  He also experienced migraines, dizziness, sweating when it wasn’t hot inside or out.  Velazquez says that he sometimes found himself thinking of which words to use in a conversation. “I was trying to say something but it just wouldn’t come out.”

Transitioning out of the military was also a struggle. “How do I go from being the fearless machine I was to who I am now?  I was sent to two war-zones and fought, bled and lost brothers.  How do I go back and try to be a parent, husband, friend and so on?”

After three years of treatment, Velazquez was invited to play golf and fell in love with the sport.  He is currently a member of Fairways for Warriors, an organization that uses the sport of golf to help reunite veterans.  Golf has helped his family enjoy time together and also given him the camaraderie he missed with his fellow brothers in arms.  Golf has given Velazquez an opportunity to save lives again, not with a weapon but with a golf club.  He’s been involved in the sport and takes veterans out, just enjoys the outdoors and to talk.  By helping other veterans he’s helping myself.

In 2015, Team 43 gave Velasquez an opportunity to be a part of a golf competition and he says he had the best time in a very long time.  Before that tournament he’d only played golf for 8 months.  For him, playing in that event in less than a year felt like he’d accomplished something special. “I can never thank them enough for my experience.”

Velasquez’s wife and children are his number one focus and they’ve been great support for him.  God has always been there for him, but at early times of struggle it was too dark for him to see past all of his issues.  He finally accepted the Lord as his Savior and feels blessed that his wife stood by and helped him through his dark times.

Currently, Velasquez is working on recovering and trying his best to be a better father, better husband.  He is dedicated to bettering his golf game and helping his brothers recover from their traumas with the use of golf.  He is a member of the church he attends, where he shares his testimony and his ministry to give back to the Lord.  Velasquez wants to start missionary work to help those in need and to spread the Gospel to everyone.