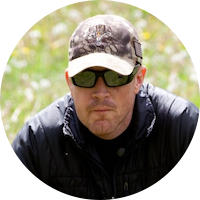 Staff Sergeant Joshua M. Krueger enlisted in the United States Marine Corps and attended basic training in San Diego, California.  He was assigned to the First Battalion 5th Marines and deployed with his unit to locations around the world, including Australia, East Timor, Okinawa and Egypt.  Upon completion of his tour, Staff Sergeant Krueger was reassigned to the 2nd Marine Expeditionary Force as a detail leader, responsible for the safety of high-ranking officials within the Iraqi theatre of operations.

On February 28, 2005, Staff Sergeant Krueger’s detail was struck by an improvised explosive device (IED) in Fallujah.  He was severely wounded in the blast and in critical condition due to blood loss from shrapnel wounds to his neck.  He was immediately medically evacuated to Ballad, Iraq, where he was triaged and stabilized as best as possible.  Staff Sergeant Krueger was then transferred to Landstuhl, Germany, and ultimately to the National Naval Medical Center in Bethesda, Maryland, where the majority of his care was rendered.  He suffered loss of vision in his left eye and sustained severe blast damage to his left arm.  After numerous surgeries and rehabilitation, Staff Sergeant Krueger was medically retired from the Marine Corps on November 26, 2006.

He now lives in Hubertus, Wisconsin, with his wife and twin daughters, and continues his recovery by remaining active and participating in athletic events.  He also serves as an Associate with Wounded Warriors in Action by helping other wounded servicemen and servicewomen throughout their transition and recovery.