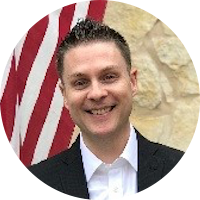 Corporal Josh Michael grew up in Shelbyville, Illinois.  He joined the Army in 2009 as an infantryman.  Michael was assigned to 10th Mtn 4th Brigade 2-30 IN C-Co in Fort Polk, Louisiana.  He was a SAW gunner for a year and then became a grenadier.  His unit, which deployed to Baraki Barak Afghanistan in October 2010, had the most purple hearts and deaths in Afghanistan at that time.

On September 8th 2011, while running a traffic control point in the Tengi Valley, Michael was hit by an 82mm mortar round.  The blast landed five feet from him.  Michael’s left arm and leg were severely injured.  The blast mangled a corner of a Hesco barrier he was standing by, which saved his life.  The fire base was under attack when the medivac chopper flew in to rescue Michael’s.  His unit was able to provide cover fire while they took off.

Michael’s was involved in over 400 missions and walked over 750 miles in the 11 months before being hit.  During recovery and rehabilitation in Fort Sam Houston, Michael’s lived in the hospital for a month, and had a non-medical attendant for another three months.  His left elbow and left knee were severely injured.  He went through a year and a half of therapy and was medically retired on June 25, 2013.

As part of his rehabilitation, Michael’s bought a mountain bike to help get back into shape.  He currently rides 20 miles, three – four times a week, taking advantage of trails near his home.

Michael’s has worked hard on his transition.  He has succeeded in finding a great career, new home, and marriage.  Michael’s manages the veterans outreach at his church, helping active duty and veteran soldiers integrate into a familiar social setting.  Michael’s is attending Ball State University working on a business degree.  He earned his associate degree in computer-aided drafting from ITT Tech.  He intends on earning his MBA.