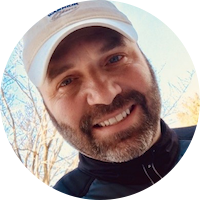 Lieutenant Colonel Jonathan Freyer enlisted in the U.S. Army in 1987 as an Infantryman for two years with the 101st Airborne Division (Air Assault).  He served for six months as a peacekeeper with the Multinational Force and Observers (MFO) stationed at South Camp in Egypt.

In 1989, Freyer was released from active duty and returned to Milwaukee where he served as a member of the U.S. Army Reserve.  In 1995, Freyer graduated from the Wisconsin Military Academy's Officer Candidate School (OCS) and was commissioned as an Infantry officer.

Freyer was mobilized and deployed as a Civil Affairs Team Chief in support of Operation Iraqi Freedom in 2005.  During this mission, his unit was struck by a suicide bomber driving a vehicle. As a result of the explosion, Freyer sustained shrapnel wounds in his right thigh, a mild concussion, mild traumatic brain injury, tinnitus and post-traumatic stress (PTS).  For wounds received, Freyer was awarded the Purple Heart.

In 2007-2008, Freyer was deployed as a Civil Affairs officer to Kosovo.  From 2011-2012, he deployed to Afghanistan in support of Operation Enduring Freedom, where he received the Bronze Star Medal and his second Purple Heart for injuries received during an attack on his base by insurgents.  As a direct result of the concussion from the blast, Freyer suffered a perforated eardrum, mild concussion, mild traumatic brain injury as well as intensifying his post-traumatic stress symptoms and ringing in the ears.

Freyer currently serves as the Battalion Commander of the 437th Civil Affairs Battalion located at Fort Story, VA.  As a civilian, he was selected to participate in the 2014 Presidential Management Fellowship program and was hired by the Department of Housing and Urban Development (HUD) as a Management Analyst.  In 2016, the Executive Resource Board (ERB) certified that Freyer met all of the program requirements to become a Presidential Management Fellow and he continues to work as a Program Housing Specialist at HUD in Milwaukee, WI.

For Freyer believes his service serves a purpose, and time helps lessen the symptoms of PTS and his other injuries.  He continues to find relief through exercise and interaction and service to other combat veterans.  His wife and kids have given him purpose and provided him the unconditional support he needs on a daily basis to continue his journey through life and continued service in the Army Reserve.  His wife has been the key to helping him deal with his unresolved issues from his combat experiences.

In 2014, Freyer was honored to be selected to play in The Bush Center Warrior Open.  Being a member of Team 43 has provided Freyer with a sense of purpose and he looks forward to working with the leadership, staff and group members on any projects or initiatives that will enhance the effectiveness of the services provided by the Team to his fellow Warriors.

Freyer holds a Bachelor’s degree in Communication Arts from the University of Wisconsin at Madison, a Master’s degree in Leadership Studies from Marquette University in Milwaukee, Wisconsin and a Stability, Security and Development in Complex Operations certificate from the Naval Postgraduate School in Monterey, CA.

Freyer is married to Jacqueline and has three children: Robert, Kennedy and Tillman.