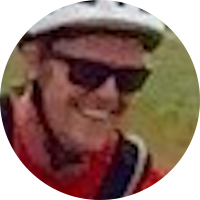 Specialist John Rego retired from the United States Army in 2005 as a special operations infantryman.  He served with the prestigious 3rd Battalion of the 75th Ranger Regiment. Rego participated in two combat deployments to Afghanistan and Iraq.

After Rego was medically retired for his injuries, he moved back to the Mid Atlantic area to be with his family.  Rego met his wife Lindsey in 2007, and they married a year later.  In October of 2012, his son, Johnny, was born.  This event gave him a new outlook on life.  Rego decided to become healthier so he could be a better father to his son.  He became involved with the Wounded Warrior Project's physical health and wellness program.  It was there he fell in love with becoming physically fit.

Rego now enjoys endurance training and will be competing in his first ultra-marathon this year. On a regular basis, he works alongside other wounded veterans emphasizing the importance of staying physically fit and the vital role fitness plays in recovery from combat stress.

Currently, Rego and his family live in the small coastal town of Selbyville, DE.  He manages a construction company that builds and renovates custom beach homes.  Rego has a second child named Raelee, and is expecting another baby girl in June.