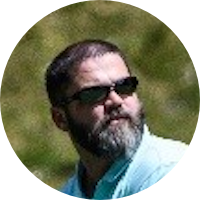 Staff Sergeant Jason Roberts, USMC, (Ret.) is the CEO of CRO Digital, LLC a Software Development and Federal Government Contracting company.  After more than decade and a half of military service and contracting he pursued interests in the technology industry and began his career in Software Development.  Expanding his desires, Roberts co-founded CRO Digital and increased his scope to include providing services to the Federal Government.  He brings his ambition, integrity and commitment from the military to the business world.

Roberts retired medically from the United States Marine Corps in October of 2011 due to injuries sustained while conducting combat operations in Afghanistan.  In almost 11 years of service, he deployed in support of Operation Enduring Freedom while assigned to Marine Special Operations Command (MARSOC), 2nd Marine Raider Battalion (MRB), and as a Critical Skills Operator (CSO) where he had the honor of serving with some of the brightest and best the military has to offer.  Upon retirement, Roberts continued to serve the country through government contracting in support of Special Operations and found a new appetite for technology leading to software development.  He holds a Bachelor of Arts in Homeland Security, minoring in Security Management and Explosive Ordinance Disposal (EOD).

During his spare time, Roberts appreciates any opportunity to attempt the game of golf and enjoys the challenges it brings.  The sport of golf was a pivotal part of his rehabilitation both physically and mentally and feels honored to be a part of Team 43.  In addition to having an extremely supportive family, Roberts is blessed to be happily married to his magnificent high school sweetheart, Christina, who shares his passion for travel and experiencing all our great Nation has to offer.  They are currently traveling the Nation in their class B RV.  Through their travel website, hopalongrving.com, they ask for suggestions of places they should explore.