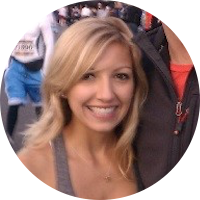 On May 28, 2009, Schumacher was manning a .50cal machine gun on a mounted patrol when his unit encountered a complex ambush in southeast Afghanistan.  During the ensuing firefight, Schumacher was injured when a RPG round penetrated his vehicle and detonated on his right leg, resulting in the loss of his limb.

Schumacher’s recovery took place at Walter Reed Army Medical Center in Washington D.C.  He credits the service of the many men and women who helped him with his rehabilitation.  Schumacher emphasizes, “I will be eternally grateful to all the people that I met at Walter Reed.  No matter how broken I felt, someone was always there to put me back together physically, emotionally, and spiritually.  The examples of selfless service, compassion and strength that I saw on a daily basis are lessons that I consciously hope guide me for the rest of my life."

Schumacher has found golf to be a powerful outlet for his rehabilitation, general physical fitness, and often offers life lessons that extend beyond golf.  Schumacher says, “Sometimes life gives you a fairway; sometimes life gives you a bunker. The goal doesn’t change, just your perspective and your plan.”  His most memorable golf moments were playing his first 18 holes ever at The Old Course in St. Andrews, Scotland with his father before his wedding in 2015 and being invited to compete in the Warrior Open and share the course with his fellow veterans.

Since retiring from the military in 2011, Schumacher graduated from Georgetown University's McDonough School of Business and lives in Annapolis, MD with his wife, Jill.  He currently works in Global Operations for Under Armour in Baltimore, MD.  Schumacher’s awards and decorations include the Bronze Star with Valor (x2) and the Purple Heart (x2).