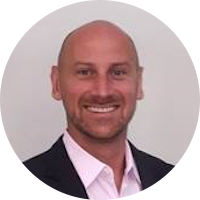 Sergeant First Class Dillon Behr is an eight-year veteran of the U.S. Army.  He spent his enlistment as a communications sergeant and member of ODA 3336 from 3rd Special Forces Group (Airborne).  In 2008, his team came under heavy fire from the enemy in Shok Valley, Nuristan, Afghanistan.  Behr and three of his teammates were critically wounded from the gunfire and were evacuated to Walter Reed Army Medical Center.  He spent the next two years at Walter Reed doing physical therapy and rehab on his injuries and new prosthetic hip.

Behr received the Purple Heart and the Silver Star for his actions in combat during April 6, 2008.  During recovery, Behr finished his undergraduate degree at American Military University online and applied to graduate school.  He also started CrossFit Walter Reed at the hospital as a non-profit venture catering to the fitness needs of wounded warriors and has worked to help that grow into a permanent fixture at the hospital.

After medically retiring from the service, Behr attended graduate school at Georgetown University, and graduated in December 2012.  He started work full time as an operations officer at Logos Technologies, a northern Virginia based defense contractor and focused on Activity-based Intelligence.  In 2015, Behr started working at Discover Financial Services as a cyber-security threat intelligence analysis, where he helped the organization find and evaluate cyber threats from multiple intelligence sources, including the dark web.

For the last two years, Behr has been working in the insurance field as a wholesale broker, focused on the emerging field of data breach and cyber liability insurance.  This has opened up a whole new world of interest in the cybersecurity field, and one that Behr has been able to quickly establish himself as an expert in the field.