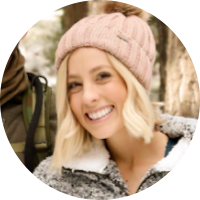 Sergeant Derek Walls enlisted in the United States Army in September 2003.  He was stationed at Fort Richardson, Alaska in the 172nd Stryker Brigade Combat Team assigned to the 4th Battalion 23rd Infantry.

Walls deployed to Mosul, Iraq in July of 2005.  He was positioned at Forward Operating Base Marez.  During that deployment, he was promoted to E-4 Specialist and worked as a Radio Telephone Operator for their platoon leader for most of the deployment.  In 2006, Walls job changed to lead vehicle driver for their platoon and he in a couple of months he was expected to work as the personal security detachment for the Battalion Commander.

In March 2006 while driving the lead Stryker vehicle on a routine patrol, the vehicle was completely disabled when an Improvised Explosive Device (IED) detonated directly underneath them.  The Platoon Sergeant and Walls received the worst injuries.  They were both airlifted to Germany to recover.

For his service, Walls received the Purple Heart, a Combat Infantrymen's Badge, and an Army Commendation Medal.  Their brigade was awarded the Valorous Unit Award.

Walls was honorably discharged in June 2007.  He enrolled and completed college once back in the States.  Upon graduation, Walls started working for the family farm and begun growing almonds.  He loves being a farmer and takes immense pride in growing a great product.

Once out of the Army, Walls took an active interest in the game of golf.  Both his father-in-law and brother-in-law are avid golfers.  He took lessons, started playing more and more, and really found a love and passion for the game.  Walls got his father involved in the game and they have found great joy playing together.