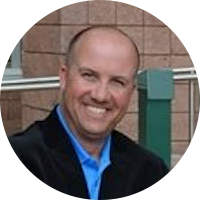 First Lieutenant Denis Oliverio was born in Somerville Massachusetts with his twin sister, Denise. They were children numbers 9 & 10, with 5 sisters and 3 brothers.  Denis’s father passed away when he was 1-year old.  His mother never remarried and raised all 10 children on her own, with help from the other siblings.

Oliverio enlisted in the Marine Corps on August 11, 1987 and was assigned as a helicopter mechanic.  He began training as an air crewman and went on to fly as a CH-46 crew chief with the Black Knights of HMM-264 for five years and several deployments, including Operation Desert Shield/Storm and Operation Provide Comfort in Iraq.  Oliverio was promoted to Sergeant in 1993 and was the honor graduate of Sergeants Course 8-93 at Camp Geiger, NC.  He transferred to Brunswick, ME as a Survival, Evasion, Resistance, and Escape (SERE) School Instructor and instructed at all levels of high-risk of capture training and deployed as the advanced SERE Specialist.

Oliverio helped bring the MV-22 Osprey into the Marine Corps- flying high risk flight test missions to carve out the limitations and procedures of the aircraft.  After being promoted to Staff Sergeant, Oliverio attended Career Course 3-01 at Quantico and graduated again as the honor graduate.  In 2002, after several years of attending night college courses, he received an aeronautics degree from Embry-Riddle Aeronautical University and spoke at graduation as the class valedictorian.

In 2003, Oliverio trained at Officer Candidate School (OCS), The Basic School (TBS), and Armor Officer Basic Course (AOBC).  He graduated with honors from OCS and TBS, and was the distinguished honor graduated and Warrior Spirit Award recipient at AOBC.  Upon graduation, he reported to 1st Tank Battalion in Twentynine Palms, CA.

Oliverio deployed to Western Al Anbar Province, Iraq in 2005 as a tank platoon commander.  On October 14, he sustained a gunshot wound to the left arm in action against the enemy, and was medically evacuated.  The bullet tore through his left arm; shattering the humerus, severing the brachial artery and median nerve, and severely damaging his tricep and bicep.  To date, he has undergone 15 surgeries to reconstruct and regain the use of his hand and arm.  He has 3 titanium plates and 23 screws that remain in his arm today.  He medically retired with 20 years of service on August 31, 2007.

After retirement in 2007, Oliverio worked as a contractor supporting a Navy/Marine Corps Heavy Lift Helicopter replacement program.   In 2011, Oliverio transitioned to the non-profit sector to helped other veterans in ways that he was helped.  He moved to Florida and worked with several large and small non-profits to better the lives of veterans returning from service.

Oliverio is married to wife, Kate and they have one daughter, Natalie.  In his free time, Denis plays golf, and when not found on the greens he can be found riding horseback with his wife and daughter.  He enjoys team roping with friends and chasing down steer while his girls practice with their horses close by.