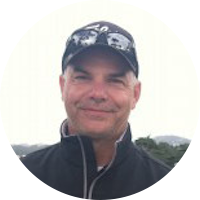 In 2006, Hodges was injured in Kandahar, Afghanistan by an improvised explosive device (IED) while conducting a ground assault in support of Operation Medusa. During the Operation, Hodges lead a ground assault on a mountain known as Sperwan Ghar, a small mountain over-looking Kandahar city with a group of Afghan Soldiers.  After clearing a large multi-room building and climbing up the side of Sperwan Ghar one of the Afghan soldiers stepped on an IED.  The explosion resulted in both Hodges, another member of this Special Forces Team and the Afghan Soldier being wounded.  Following the explosion, Hodges and other members of his Special Forces team medevac'd the Afghan Soldier and two other members of his unit who were injured in a second IED blast back to Kandahar Airfield.  After medevac'ing all the wounded, he ignored his injuries and returned to the fight in order to stay with his Special Forces Team and complete his mission.

Due to the IED explosion, Hodges has a chronic Traumatic Brain Injury (TBI).  He has spent many years receiving treatment to stabilize his symptoms.  He takes a holistic approach to his recovery incorporating both traditional medicine and a lot of physical exercise, which includes training for, and participating in half marathons, triathlons and playing as much golf as possible.

Hodges is supported by his wife, Colleen, in all that he does to manage his chronic TBI.  She has stood by his side the entire time to the point of making sure that he gets the care that he needs. Hodges and Colleen have one son, Nicholas.