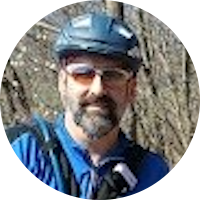 Sergeant Major Chris Demars joined the Army National Guard as an Infantryman in 1998, shortly after he enrolled in college.  After six and a half years of being a traditional Guardsman, he became a full-time service member in the Massachusetts National Guard AGR Program.  Over his 26-year career in the military, Demars served in several different capacities: recruiter, combat engineer, and infantryman.

In 2005, Demars volunteered for Operation Enduring Freedom and served as an Embedded Tactical Trainer in Afghanistan.  He deployed again in 2011 and was wounded twice within 10 days, the second time by a suicide bomber on a motorcycle who detonated himself near Demars. He sustained a severe traumatic brain injury (TBI), paralysis of his right eye pupil, broken eye socket, eardrum ruptures, flash burns, his teeth broken and knocked out, vertebra broken, severe shrapnel wounds, both legs were broken, nerve damage to both legs, and he had a femoral vein tear.  Demars was evacuated to the United States.

Because of his actions, Demars received two Bronze Stars for Service, two Purple Hearts, the Army Commendation Medal with Valor, and the Combat Infantry Badge for his two tours in Afghanistan.  Roughly two years after his injury and while recuperating, Demars bought a mountain bike and is now hooked.

Mountain biking has brought both mental and physical well-being into his life, which has helped him tremendously in his transition to civilian life.  Demars has also found another outlet by becoming a member of the Salute Military Golf Association where he spends time on the golf course with fellow veterans.

Being a member of Team 43 has provided him with new friendships and feels the relationships are therapeutic.  “We have been there to help with emotional support and encouragement when bad things happen in our lives.”

Demars earned a bachelor’s degree in Project Management while on active duty.  He retired in 2015.  During his transitional leave, Demars was hired at his local community college as the Career/Affair’s Veterans Counselor.  He now works to help veterans who are transitioning from the military as they enroll in college.  Just recently, Demars started a second part time job as a local Veterans Service Officer for the Upper Pioneer Valley Service Office where he helps local veteran’s access veteran programs and file veteran disability claims.

Demars enjoys his summer vacations with friends and family members RV Camping in Maine. He is married to his wife Terri, and has a son, Zach, and stepson, Kyle.