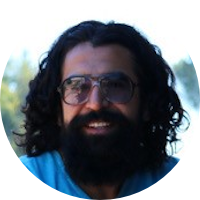 Specialist Juan Carlos Hernandez joined the U.S. Army in 2006. At the time, he was only a resident of the United States and not yet a U.S. Citizen. In December 2008, Hernandez deployed to Afghanistan with Task Force Palehorse 7/17th Cavalry as a Chinook 47 door gunner. While in Afghanistan he took the oath and became a U.S citizen.

Hernandez was injured on Oct 13, 2009 while conducting nighttime aerial missions in the valleys of northeastern Afghanistan. His Chinook was hit with an rocket-propelled grenade (RPG), shrapnel penetrating directly below him. Hernandez’ lower right leg was so badly injured that it required a below-the-knee amputation on site of the accident.

For his recovery and rehabilitation, Hernandez went through San Antonio, Brooke Army Medical Center and the Center for the Intrepid. He moved quickly, and was released from the hospital in late-November 2009. Hernandez was walking with his prosthesis a few days before Christmas. By mid-February, he started pedaling on a stationary bicycle for exercise and therapy, and not long after that Hernandez began riding outside on an upright bike, pedaling with his prosthetic leg with no issues. He experienced only a few minor accidents while learning to keep his balance on his new leg.

Hernandez has participated in many cycling events throughout the country since his injury with organizations such as; Challenge Athletes Foundation, Wounded Warrior Project, Operation Comfort, Ride2Recovery, Team 43 and others. When not out and about on his adventures or fighting the VA for better prosthesis services, Hernandez attends California Lutheran University in Thousand Oaks, CA and is pursuing a Bachelor’s of Science degree in psychology. Once he completes his BS (in 2019), he plans to attend Graduate school for Occupational Therapy (OT). Hernandez’ ultimate goal is to become a certified OT and work with kids with disabilities and to continue to serve his communities.