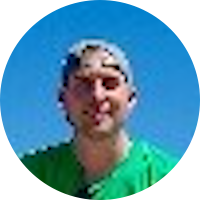 Vincent’s awards and decorations include the Bronze Star Medal, Purple Heart Medal, the Iraq Campaign Medal, and the Combat Action Badge.  He is a graduate of the Scout Leaders Course, Armor Officer Basic Course, and the Army Parachutist Course.

In May 2014, Vincent completed a Master’s in Leadership degree from the McDonough School of Business at Georgetown University.  In 2005, he earned a Bachelor of Science Degree in Engineering Management from the United States Military Academy at West Point, where he played collegiate golf from 2001-2005.

Vincent participated in two Warrior Open Tournaments and cites these experiences as some of the most impactful and moving in his life.  He credits President and Mrs. Laura Bush, Team 43, and Sponsors for making these events special, as well as, expanding his network of friends, warriors, and golfers by creating a strong bond through shared experiences.

Currently, Vincent is the Chief of the Financial Operations Unit providing information technology and systems implementation for the Federal Bureau of Investigation (FBI).  His wife, Abigail, is a Major in the United States Army and serves as a Congressional Liaison Officer for the Defense Health Portfolio.