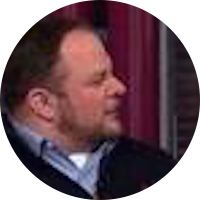 William Joseph “BJ” Ganem served in the United States Marine Corps Infantry from 1996 – 2005.   He was medically retired as a Sergeant due to combat wounds suffered in Iraq on November 25, 2004.  BJ suffered a below the knee amputation of his left leg, a TBI, and multiple shrapnel wounds. He retired in October 2005.

BJ found himself struggling with transition from being a Marine to being a combat wounded civilian.  In 2007, BJ was divorced, bankrupted, facing drunk driving charges, and completely lost in transition.  It was at this low point that BJ decided to pull his head completely out of his ass and find a way to come to terms with his transition to life after a life altering injury.

In order to find ways to be active in sports again, BJ became more involved with organizations like Semper Fi Fund.  BJ began hand-cycling, snowboarding, mountain climbing, playing golf, anything to challenge himself to prove that he could be more than a broken, retired, Marine.  These challenges helped him realize that he was still passionate about military culture.  He chose to forgo his promising career in corporate America.  BJ became the Dane County Veteran Service Officer in 2011 and in 2013 went to work for the Semper Fi Fund helping to stand up the Veteran to Veteran program.

BJ earned his Bachelor’s Degree in psychology and now has a Master’s of Social Work with an emphasis on military life from the University of Southern California.

Ganem is thriving in his personal life as well.  He married Sarah in 2011 and with Dylan and Mackenzie (BJ’s children from previous marriage) they welcomed Knox in 2013 and Rhodes in 2015. In 2014 Sarah and BJ rescued a local business and are in the process of expanding and helping other local entrepreneurs begin their businesses.

The golf course is where BJ goes for true therapy.  The highlight of BJ’s golf experiences was participating in the 2015 Bush Warrior Open where the competitive format allowed him to feel elite again, much like he felt as a Marine.  This event was unlike any other. Because of the high expectations and fierce completion, being a member of Team 43 and a participant in the Warrior Open is such an honor and a priority in BJ’s life after transition.