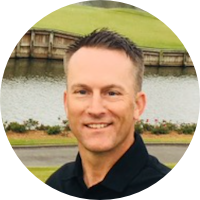 Command Sergeant Major William Paul joined the Army after graduating high school.  After attending OSUT at Fort Benning, GA, he was stationed in Korea.  After his first tour he became a member of the 82nd Airborne Division, where he served in the 2nd BN 325th (White Falcon’s) Battalion from 1991 to 1996.  He then returned to Korea for his second tour.  After leaving Korea in the winter of 1997 he was assigned to the 82nd ABN DIV 1st BN 504th PIR (Red Devils), and then a Jumpmaster instructor at the 82nd ABN DIV Advanced Airborne School.

During OIF 1, Paul was assigned back to the 82nd ABN DIV in the 3rd BN 505th PIR (Panthers), and on a routine patrol from Bagdad to Ar Ramdi, he was injured from an IED blast near Fallujah, Iraq.  From 2005 until 2012, Paul served in administrative rolls as an instructor and eventually the CSM of 4th Ranger Training Battalion.

Since his retirement in 2012, Paul has continued to serve those that are in uniform and those that are transitioning out by helping them find employment in the defense contracting careers.  Paul currently works as the Business Development Manager and Program Manager for OT Training Solutions were he manages three programs and approximately 70 employees working in 15 different states.

Paul was selected to play in the 2015 Warrior Open.  Team 43 has been a great voice for post-9/11 wounded and injured warriors, providing important resources and more importantly, a network of caring support that continues to develop innovative ways to get each warrior the support they need.  Because of the Bush Center/Bush Institute, my daughter received incredible educational assistance during her senior year of high school and a scholarship to help towards her college education.

Paul has been married to his wife, Donna, for over 23 years.  They have three children, two sons and a daughter.  Both sons, Hayden and Chase are carrying on the tradition to serve in the Army, one with 10th Special Forces Group, and the other with the 173rd ABCT.  Their daughter, Cidney, is finishing her first year of college at Auburn University.