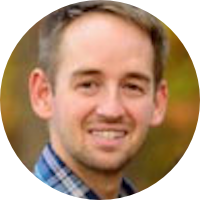 Sergeant Andrew Smith, U.S. Army, Ret. joined the Army in November 2010.  He fulfilled a promise to his parents to graduate from college before enlisting in the military.  After earning his degree in history from Lee University, Smith enlisted as an Infantryman.

On February 20, 2012, Smith deployed to Kandahar, Afghanistan.  Eighteen days later, on his first patrol, Smith stepped on a pressure plated improvised explosive device.  He suffered severe internal injuries, the loss of both legs, a broken pelvis, and several other injuries.  Smith credits the men around him for getting him help.  He believes that his Lord and Savior Jesus Christ spared him for a reason.  His strongest desire is to use his story, so others may come to know Him.

Smith endured over 30 surgeries on his stomach, countless other surgeries, procedures, and hours of physical therapy during his 22 months at Walter Reed National Military Medical Center.  His physical therapist suggested Smith swing a golf club to learn balance on his new prosthetics.

Smith learned to play without his legs and most of his abs.  Golf is therapeutic for him.  He has become a great golfer and enjoys competing without feeling different or special from other golfers.