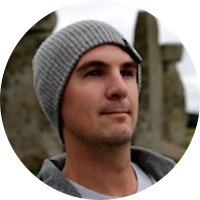 Specialist Alexander Glenn-Camden is a veteran of the U.S. Army.  He enlisted as an Infantryman in February 2010.  He served in Bravo Company “The Real Easy”, 2nd-506th, 4th Brigade Combat Team “Currahee” of the 101st Airborne Division “Screaming Eagles” in Fort Campbell, KY.

Shortly after arriving to his unit, Glenn-Camden deployed to Afghanistan in support of Operation Enduring Freedom.  On March 27th, 2011, while on a dismounted patrol, his platoon walked into a large ambush.  During that fight, Glenn-Camden and another soldier sustained gunshot wounds to the necks.  Both survived.  A bullet remains in his C3-C4 spinal region.

Once home, Glenn-Camden took up the game of golf.  Glenn-Camden soon became consumed in all things golf rather than his PTS and depression.  Now, he prides himself with being a single digit handicap golfer. When not perfecting his game, Glenn-Camden loves to help other veterans perfect theirs.

Currently, Glenn-Camden attends Palomar College in San Marcos, CA.  He is studying to become a firefighter.  He recently completed two fire degrees and hopes to complete the fire academy in 2019.