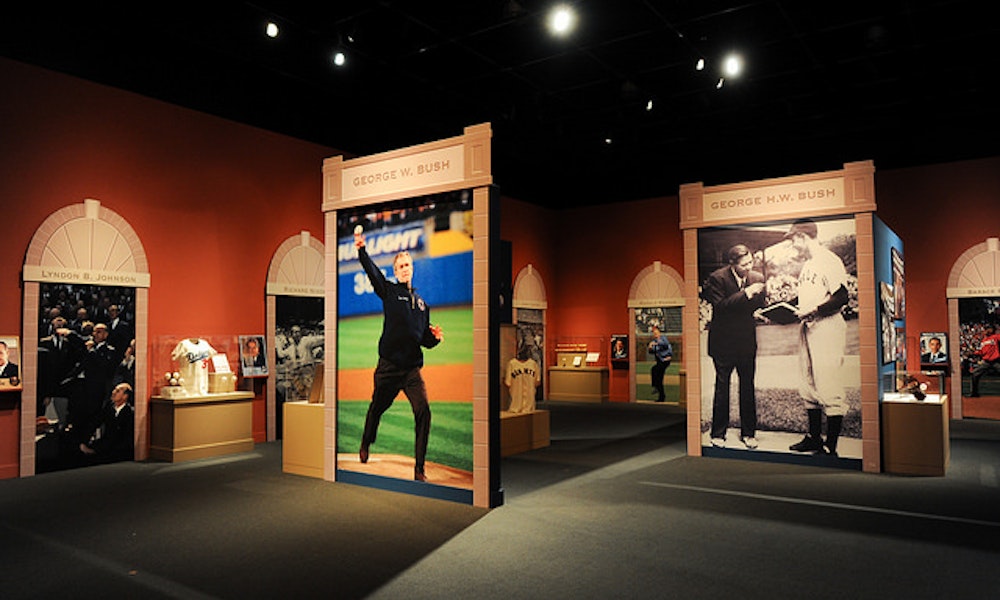 Explore American history through the close relationship between baseball and our Presidents.

Baseball’s relationship with America’s presidents is almost as old as the game itself. Abraham Lincoln, who threw baseballs with his sons, had a baseball field constructed behind the White House. In 1910, President William Howard Taft became the first president to throw out the baseball season’s first pitch. As the exhibit shows, most subsequent presidents have followed his example.

During good times and bad, presidents have connected with this uniquely American sport. Just as George W. Bush attended a World Series game after 9/11, Herbert Hoover attended the World Series in 1929 and 1931 to calm fears during the Great Depression. Harry S. Truman used the sport to return the Nation to a sense of normalcy. He threw out the first pitch at a game six days after Japan surrendered on September 2, 1945. His presence meant the war was over and peace had returned.

In telling this important piece of our history, the George W. Bush Presidential Library and Museum is using baseball-related documents and artifacts from its archives as well as from other presidential libraries. The exhibit also draws from the National Baseball Hall of Fame and Museum in Cooperstown, New York, and other collections.

Highlights of the Exhibit

Perspectives on America’s Pastime
How Baseball Began and Expanded During the Civil War
Sneak Peek: ESPN’s 30 for 30: First Pitch